Woman Found Dead On The Bed And Lover Hanging From The Roof In Murang'a County.

By Mwangi's (self media writer) | 1 year ago

Malewa residents in Murang'a East woke up to a shocking incident after they found a body of Francis Mwangi, hanging from the roof and his wife Teresia Mumbi's body lying on the bed.

The incident was confirmed today on Monday March 22, by the police who suspected that Francis Killed his wife and later hanged himself. Mumbi's body had major physical injuries and blood stains were spotted on the floor in the house. 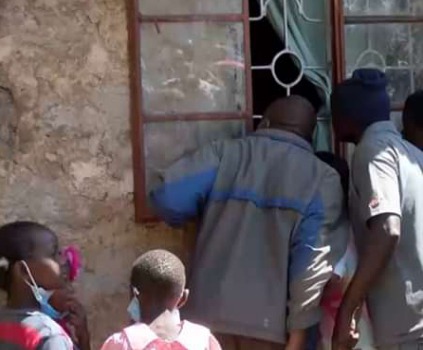 According to the reports, the incident was first noted by a neighbor who says that she was returning seats she had borrowed on Sunday March 21. She said that she knocked at the door severally and no one answered and so she decided to prep through the window and that's when she saw a body hanging from the ceiling. She screamed and alerted the villagers. 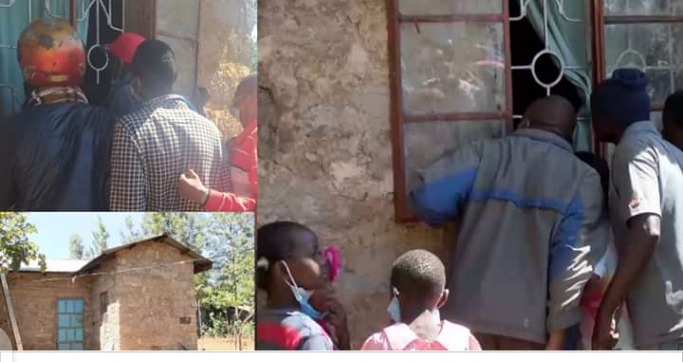 Reports has it that the couple were co-habiting for some months and the were having domestic wrangles. The area chief also confirmed the incident and urged the couples to look for other ways of solving differences instead of killing one another. 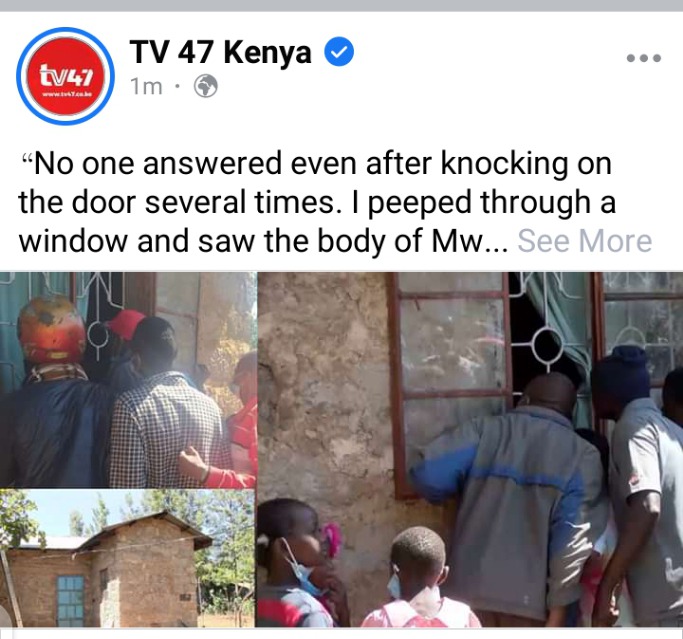 Their bodies were taken to Murang'a level (v) hospital for post mortem.