A man has allegedly escaped death by an inch after being saved by a number of drivers who allegedly helped him while he was stuck on the back of a lorry. 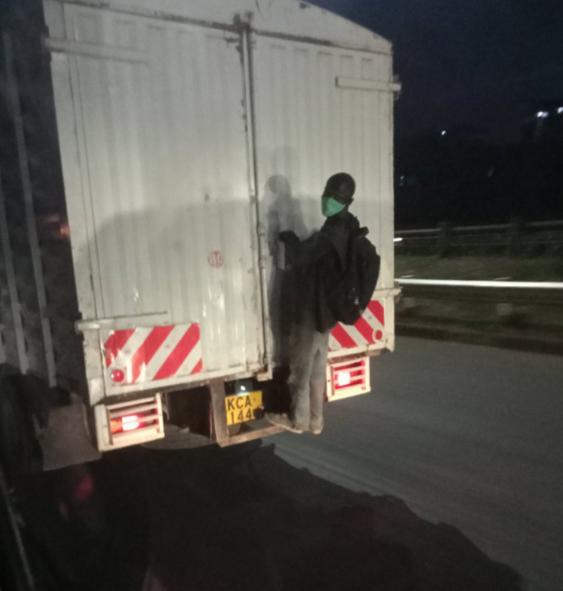 Taking to his Twitter account to reveal the incident, the twitter user who has been identified as Mutinda said that the man whose name is yet to be disclosed allegedly boarded the vehicle while heading home from work.

However, his plans to get down from the vehicle went wrong after the driver of the lorry took another turn leaving him on the mercy of other drivers moments after the lorry took the lane of the busy Mombasa road.

According to the reports given by Mutinda, he said that the man was trying to tell or rather give signals to passing boda-boda operators in order to tell the lorry driver to stop the vehicle due to the fact that he was getting tired after the long journey.

Luckily, Mutinda who behind him noticed this and immediately alerted the other driver who eventually stopped the vehicle in order to let the man get off saving his life from a deadly fall that he would have had if he had jumped.

While reacting to this incident, a number of kenyans have called him out accusing him of being reckless and ignorant. However, others went ahead and urged him to be careful next time in order to avoid this kind of incidents adding that he might not be lucky the next time. 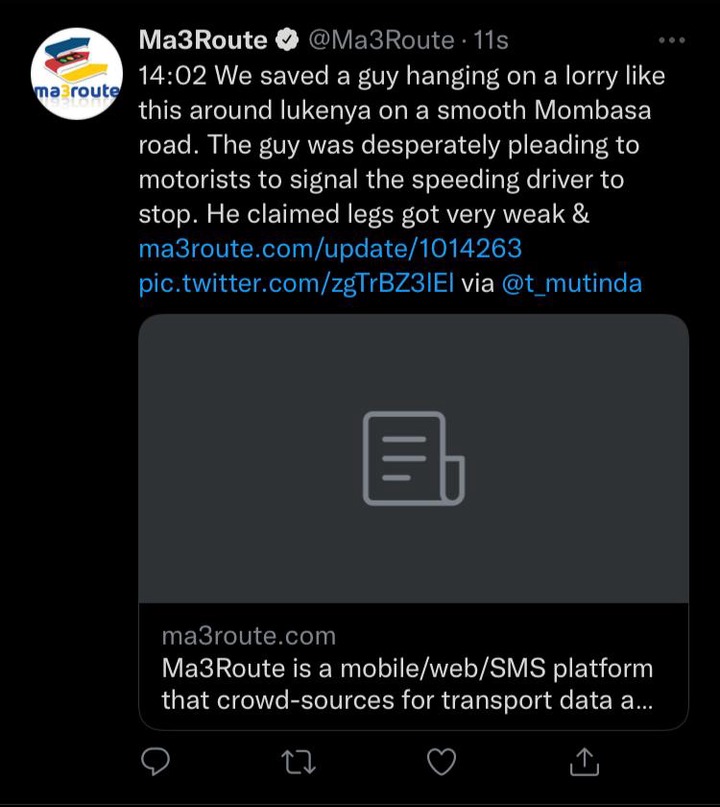