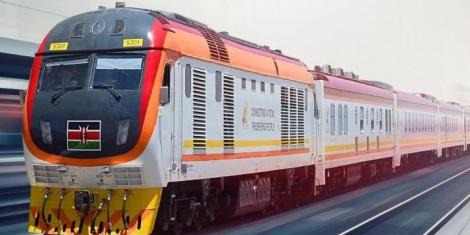 According to the sources Michael Mbevi, was arrested today morning at his scrap metal store in Kinyambu, Mtito-Andei, as he loaded the gauge blocks into a lorry destined for the lucrative scrap metal market. Also arrested at the store in the 11am raid, was the Lorry’s driver Nicodemus Kyove, as he desperately attempted to escape. 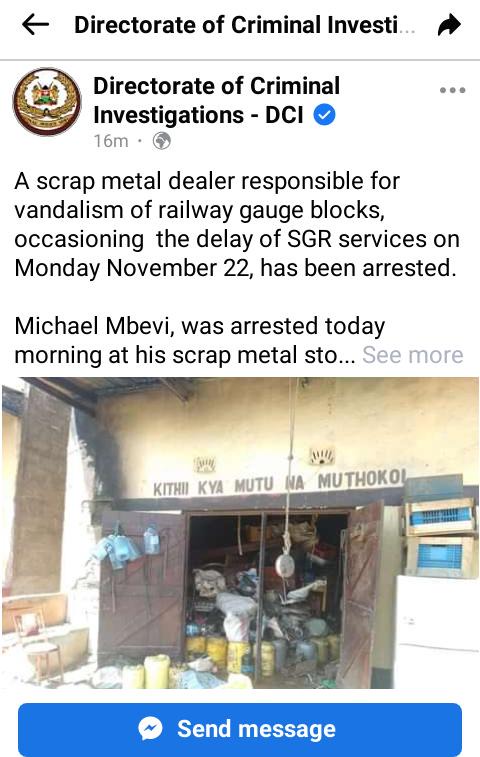 Meanwhile, the arrest of the two suspects followed a tip-off from a patriotic member of the public, who informed Railway Police officers and DCI detectives engaged in an operation to recover the vandalized blocks and arrest of the suspects. 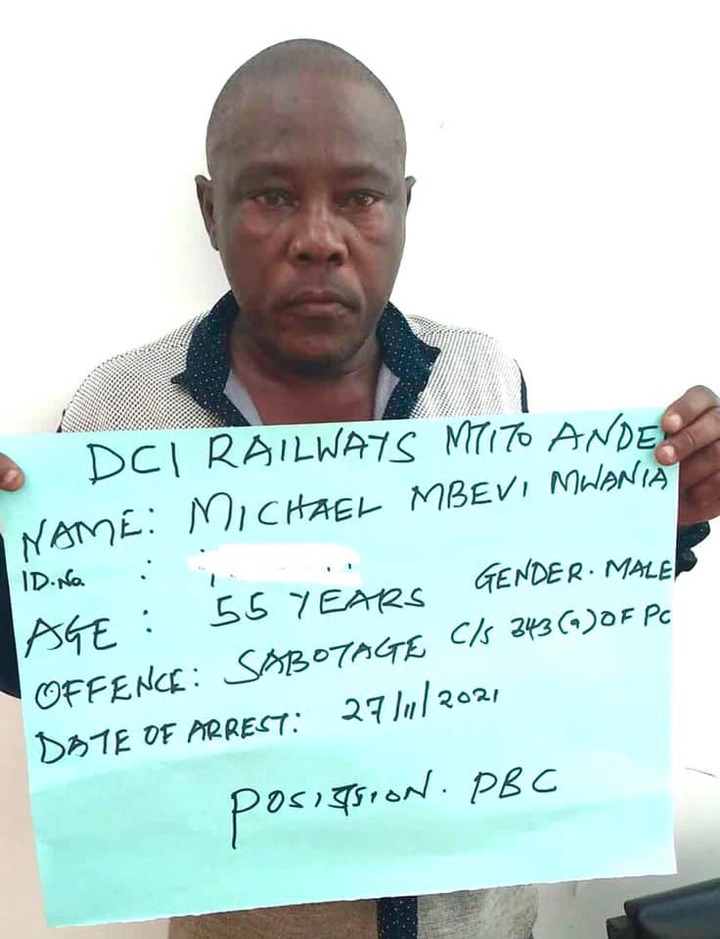 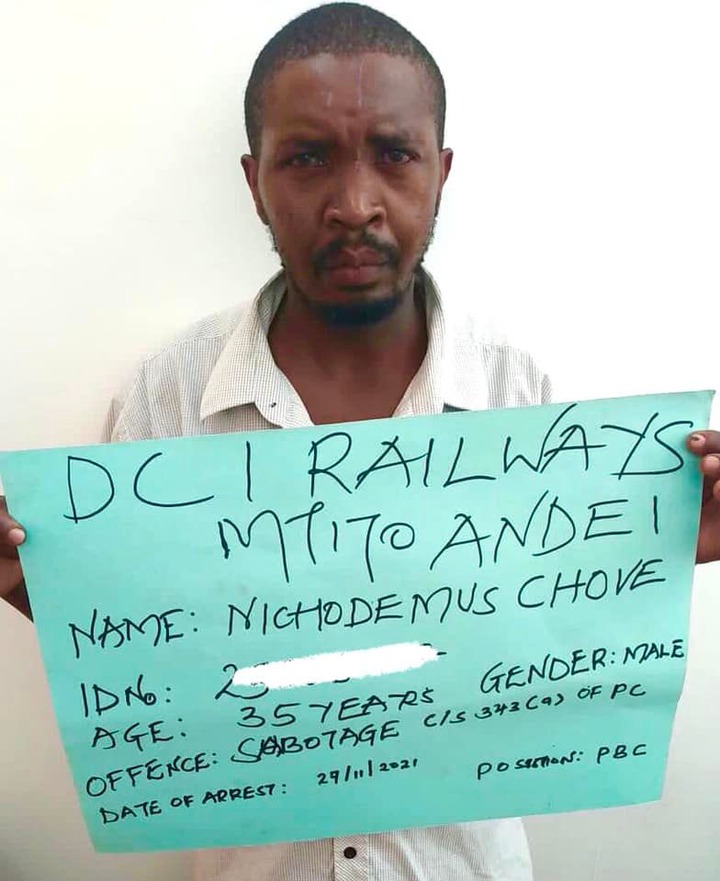 Disappearance of the critical blocks led to the stoppage of operations along the busy railway line for two hours, as railway engineers and security officers inspected the extent of the damage caused to the critical national transport infrastructure.

Generally, the greed by scrap metal dealers to make quick profits through sale of the gauge blocks which ensure that the width of the railway line is maintained, could have led to devastating consequences including the derailment of a train. 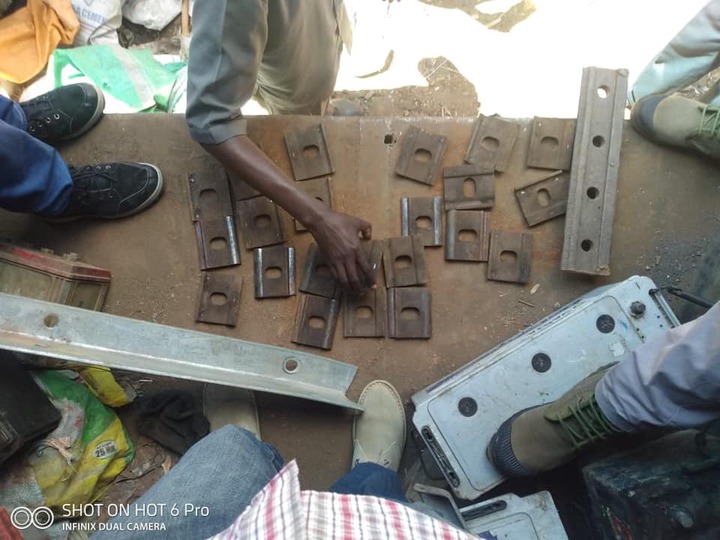 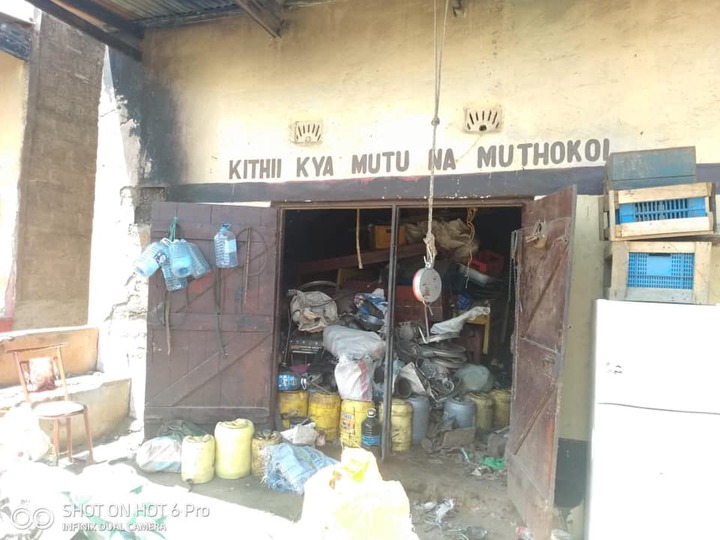 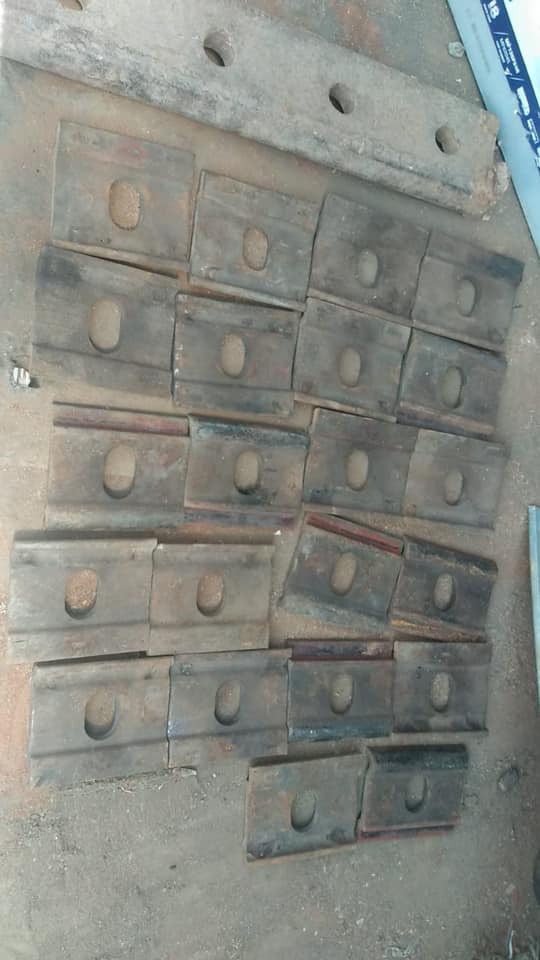 The offence committed by the suspects who will face Economic Sabotage and Terrorism related charges is very serious and should serve as a warning to any other person/s harbouring the idea of vandalizing railway property.

We celebrate the member of the public who provided information leading to the arrest of the suspects and call upon other Kenyans to assist security agencies in the protection of life and property through providing information. Comment and share this article widely.

Meet Africa's Most Expensive And Luxurious Car, See Photos, And Meet Its Owner, A Former Footballer

IEBC Worried About 13,000 Uncollected Identification Cards In Kisii Might Lead Not To Reach Target