A rogue police officer based in Kabete as killed himself and five others, among them his wife.

Confirming the incudent Sub-County Police Commander Francis Wahome said that the man rained on his wife and five others shooting and killing them on the spot.

The officer whose motive is yet to be known is said to have injured several during the morning shooting before he turned the gun on himself blowing off his head.

His killing comes bary a week after another civilian from Nyeri County wiped his entire family.

Paul Murage Njuki was on Monday arrested after he allegedly killed his wife and four children in a village in Kirinyaga County in a bizarre incident.

Njuki, 35, is said to have also defiled one of his deceased daughters something thst prompting him to kill them after his wife Muthoni questioned him over the matter.

He surrendered to the local police Monday before he led detectives to the location where he had dumped their bodies. 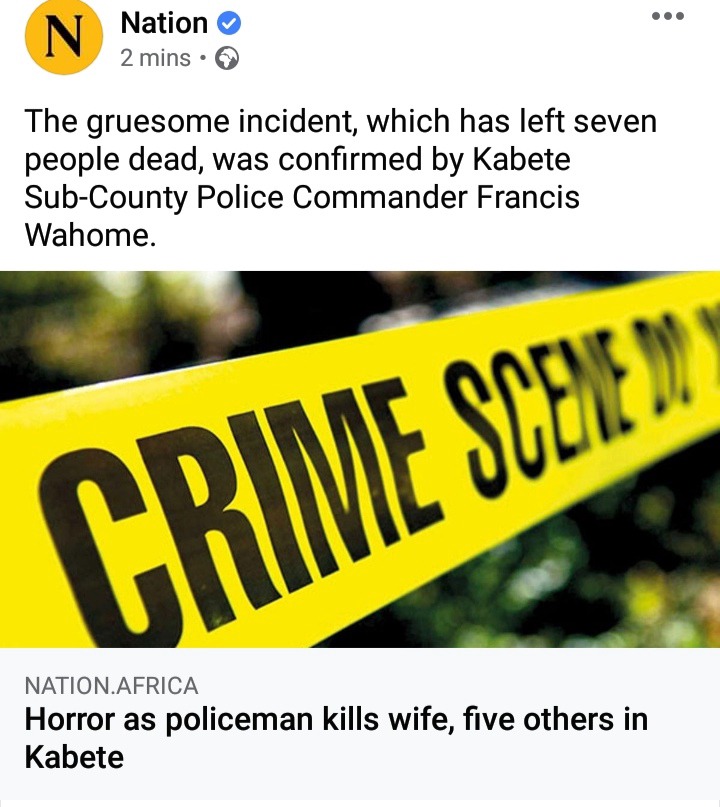