By KrimeExpert (self media writer) | 6 months ago

Detectives from the director of criminal investigations have arrested a man who is reported to have escaped from Prison a5 months ago. 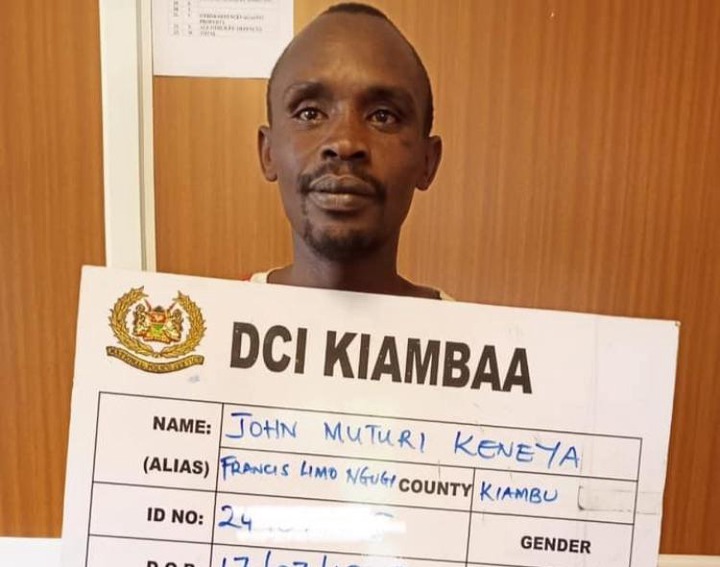 Taking to their different social media accounts to confirm this incident, it has been revealed that the suspect who has been identified as John Muturo Keneya who is also know as Francis Limo Ngugi had fled from One of the police stations in Kiambu after he sneaked out while they were being served lunch.

This was followed by a dramatic scene after the police launched a Manhunt for the suspect who is reported to have killed his wife by stabbing her several times. According to the reports given by the DCIs, it has been revealed that the suspect was the prime suspect after his wife was found dead in his house a day after he was seen around tye region.

The suspect who allegedly slept with several women was arrested yesterday in the morning after a reliable source of information who opted to remain anonymous revealed, called the detectives from director of criminal investigations after which he revealed that he had seen the suspect who at the time was hiding from the police.

In attempts to find out whether or not this anonymous tip was true, the suspect is reported to have been arrested by police officers who rushed to the man's hideout. According to the reports given by the directorate of criminal investigations, it has been revealed that the suspect was nabbed while trying to doggde the police.

While reacting to this incident, a number of kenyans who took to their different social media accounts to express their opinions and suggestions on the matter have called upon the inspector General of police, Hillary Mutyambai to conduct an investigation in order to find out what is causing these jail breaks. 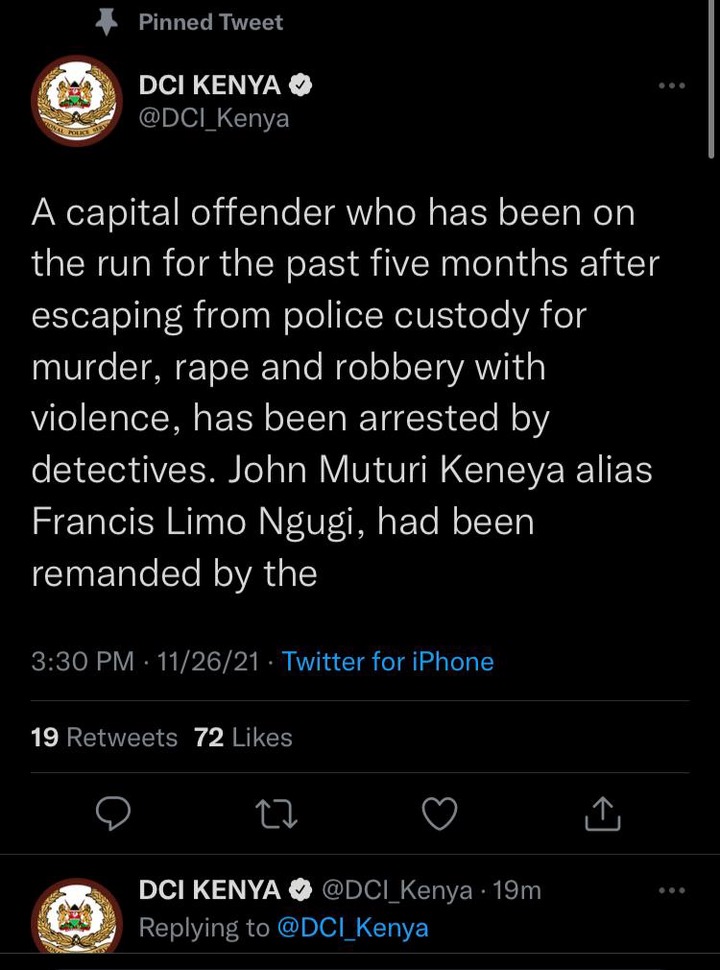 Atwoli Reveals Why DP Ruto Should Be Denied The Presidency, Informs What Should Happen to Mudavadi