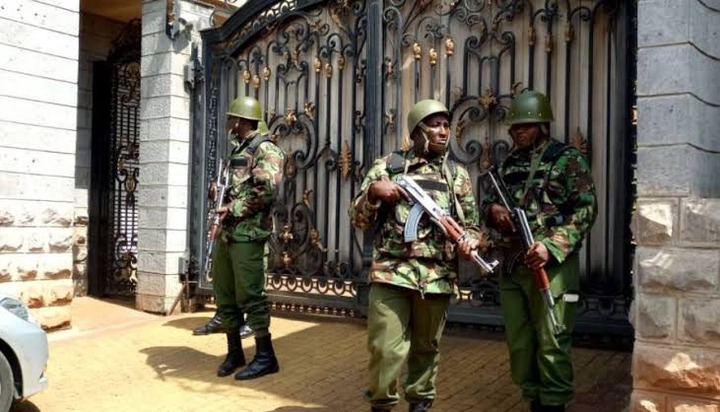 Former State House employee Dennis Itumbi has updated Kenyans on the raid that was allegedly done at the offices of renown businessman Jimmy Wanjigi.

Through a late night update, Dennis Itumbi noted that dozens of Police Officers from a secret unit arrived at the offices of Jimmy Wanjigi in Westlands Nairobi.

According to him, this follows a notice of a meeting by the ODM party member where several high profile leaders of the party have already confirmed that they will attend his meeting which will be at the Moi International Stadium Kasarani. 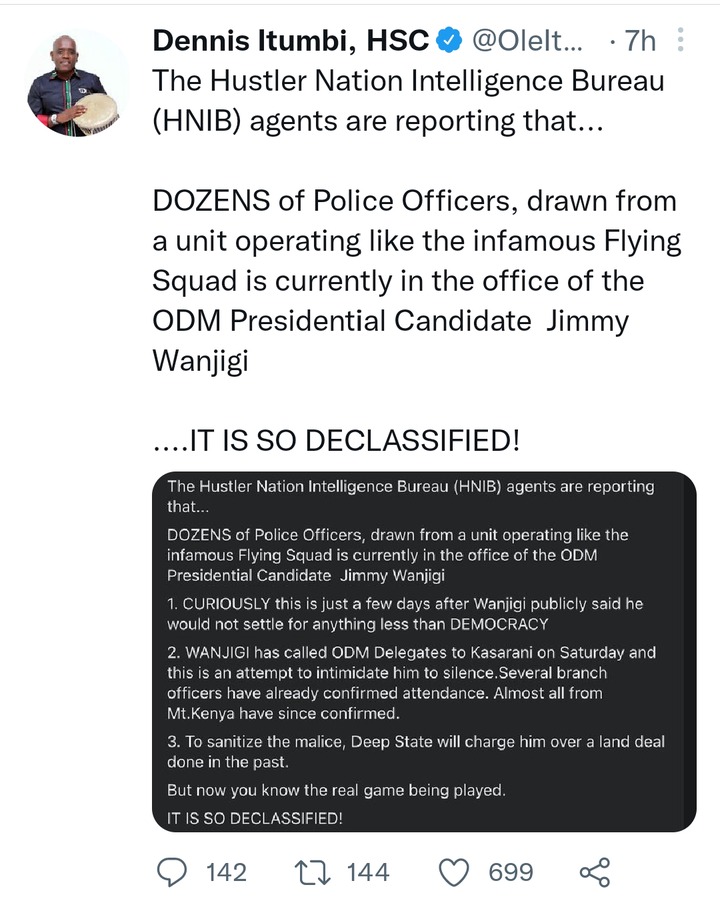 "Wanjigi has called ODM Delegates to Kasarani on Saturday and this is an attempt to intimidate him to silence.Several branch officers have already confirmed attendance. Almost all from Mt.Kenya have since confirmed."Dennis Itumbi alleged.

Jimmy Wanjigi's lawyer Willis Otieno has also confirmed the night raid at the company situated at General Mathenge Road, Nairobi. The men in blue were also captured on CCTV cameras of the building.

Sources confirmed that Wanjigi was not in the premises at the time of the raid that started at 9.30pm.

Wanjigi has been at the centre of a land tussle after two businessmen claimed ownership of a one-acre piece of land on General Mathenge Road in Westlands.