Dramatic Scenes As An Argument Turns Fatal, One Dead And The Other Seriously Injured 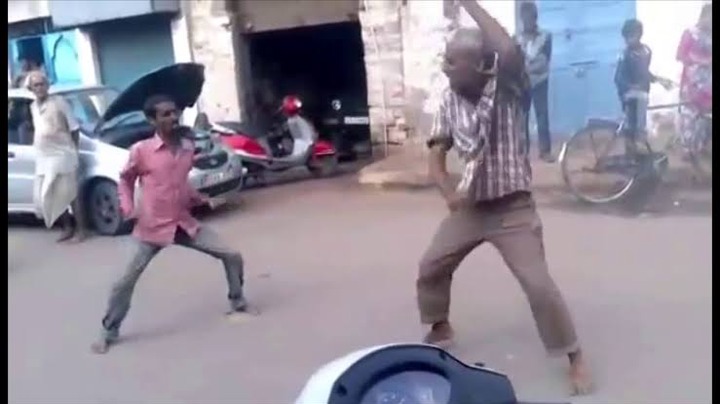 There was drama in Longisa trading center in Kamagut after a disagreement between two close buddies turned fatal.

According to the Directorate of Criminal Investigation (DCI), the two men identified as Peter Ekai, 30, and Elphas Kipkoech, 26, who work together at the same company known as ChapChap Security Agency were on a drinking spree when a simple argument ensued which turned tragic.

The argument started when Peter Enkai started blaming his friend Kipkoech for planning his downfall at the said company and also working behind the scenes to replace him.

As the argument continued, the two who were already drunk begun a war of words with bitterness ensuing between them.

This resulted in a heavy alteration, with the two engaging in a deadly fight involving sharp objects. Unfortunately, Ekai was stabbed several times in the chest and succumbed to his injuries while being rushed at Moi Teaching and Referral Hospital in Eldoret. 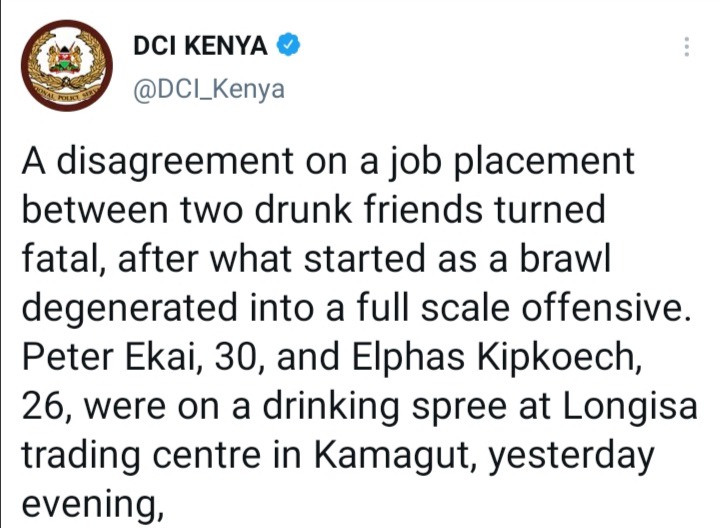 On the other hand, Kipkoech suffered injuries but was treated and managed to survive. He is currently at Eldoret police station awaiting murder charges.