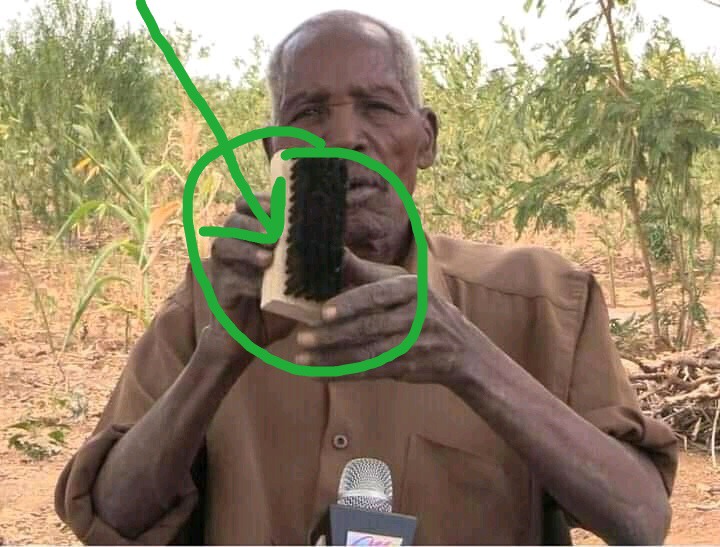 Innovative man aged 85 year old innovated shoe brush which he only purchases the brushing part and he finally makes the handle by use of normal woodcarving. He added that one brush goes for ksh 150 and some for ksh 200 depending on the size of the brush.

Kenyans were left in talks after a 85 year old man by name Mr. Moki Kala from Kalembe Raha, Kibwezi West Makueni County who innovated shoe brush which resembles the one which are imported from abroad.Mzee Moki after he was interviewed by kamba Station musyi fm said that, he decided to do this after finding it difficult to work as labourer. 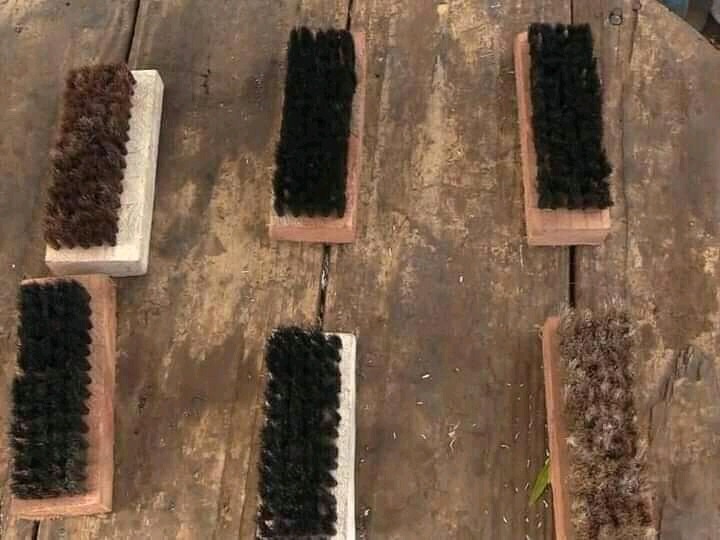 Kenyans are requesting government to support such people, who are showing interest to improve the economy of country rather than promising kenyan non existing jobs. In most cases youths are commonly affected people since they depend on government to provide job for them after their higher education levels. 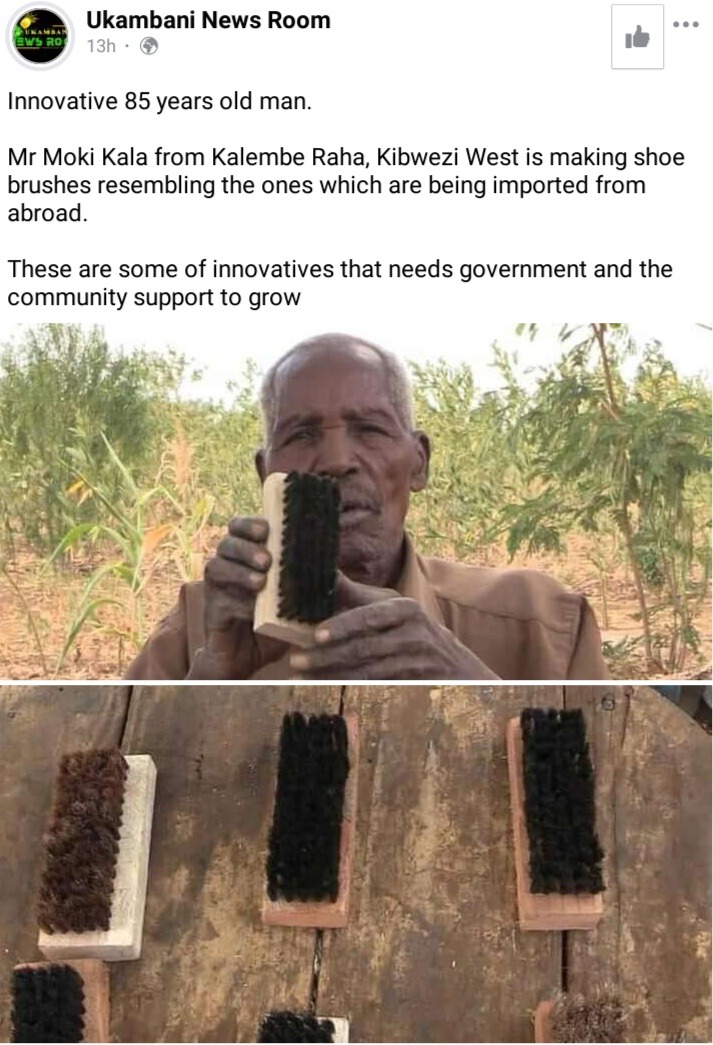 Mzee Moki Kala has set a good example to youths and all citizens at large, after he acquired a self employment which earns him income. Many young men who are involving themselves in robbery cases should find something better like Mzee Kala rather than spending their life in crime. 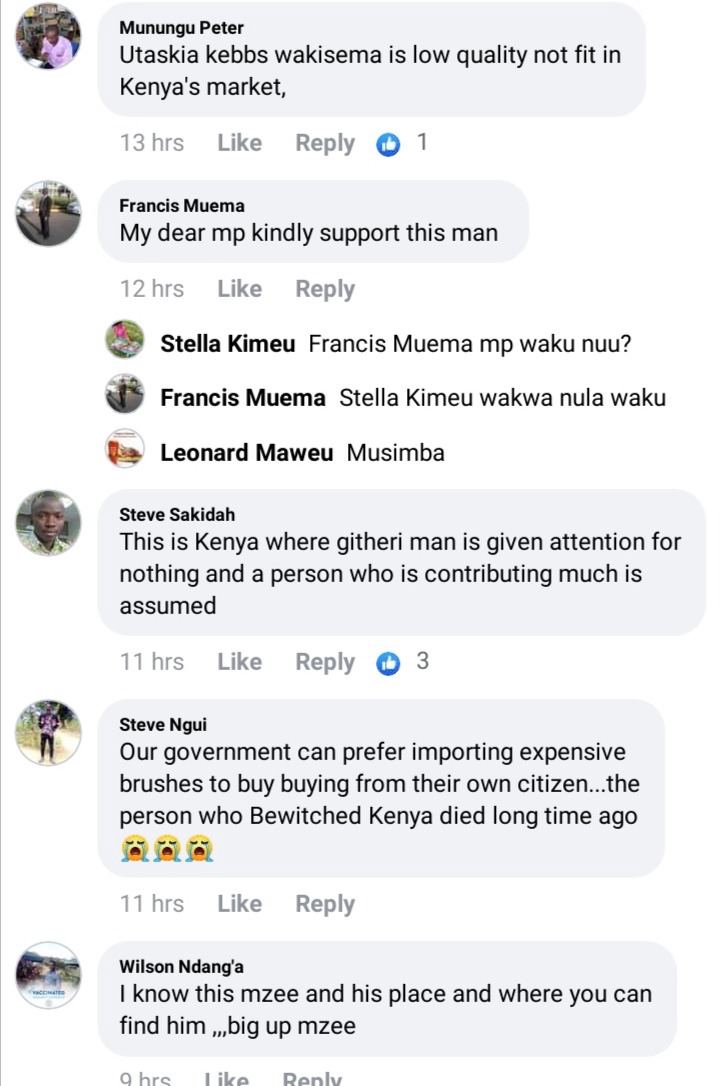 Now Mzee Kala is one of the hardworking people whom government should support and show more concern to boost their jobs.Now it has been confirmed that self employment is the best way for one to earn his or her income as Mzee Moki decided to do.