One thug was shot dead as five others escape with gunshot wounds after police officers on patrol basted them while trying to rob a 22-year-old students in Githurai 44. 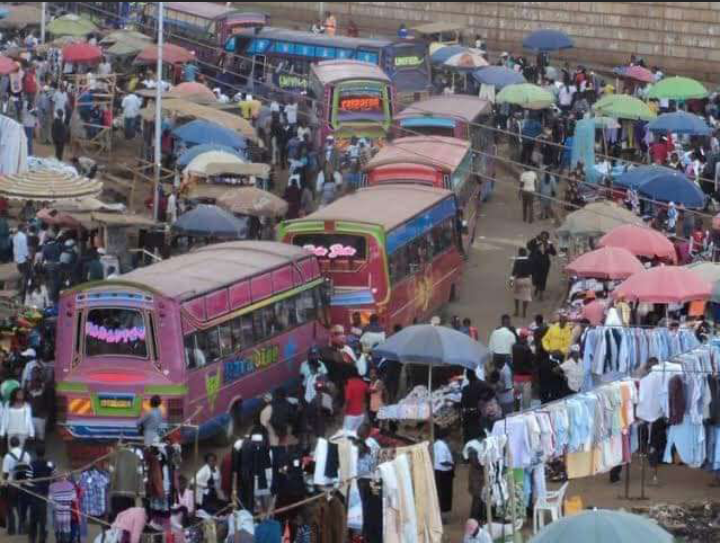 John Njegwa who is a student at Kiambu Institute of Science and Technology was accosted by six men with machetes who roughed him before before stealing KSH.10,000 from his phone.

Ndegwa was just a visitor at Githurai and he had just dropped his brother at Kenyatta University Teaching and Referral Hospital for a consideration for a job before he was attacked in the 2pm incident. Njegwa was just having a look at the town when things immediately tuned to messy. 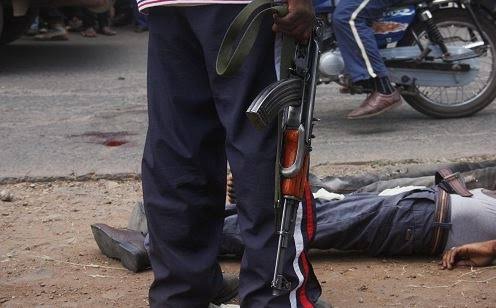 According to DCI, the victim was looking for a place to have lunch when he accidentally entered into a place believed to be a hideout for the thugs. The thugs asked him to buy cigarettes for them before they attacked him later and he raised alarm attracting the attention of police officers who acted swiftly.

They engaged themselves in shootout with the thugs who were having a homemade pistol capable of firing. One thug believed to be their commander was fatally wounded as the other members escape with injuries. 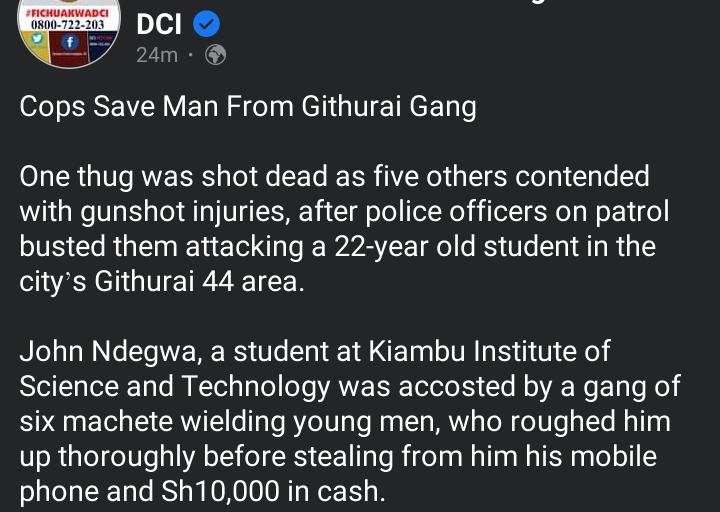 A mobile phone was recovered from the fatally wounded thugs whose body is lying at City Mortuary pending identification. The DCI has warned any medical practitioner to report anyone with gunshot injuries who will be seeking treatment.