By LaikipiaNews (self meida writer) | 8 days 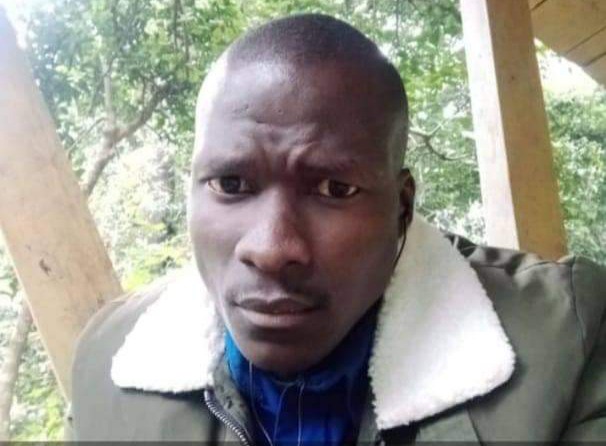 Lang'ata police station is on the spot again after a male officer as accused his seniors for mistreatment months after a female officer from the same station highlighted her horror in the hands of her seniors.

In screenshots shared by digital corps facebook platform, the officer identified only as Manyasi has expressed high level of frustrations he has been receiving.

According to him, if he dies his seniors are the one to blame. He blames a senior officer identified as Sgt Sirma and Trecy for turning his life at Lang'ata police station a laughing stalk.

"I know I'll die soon, but some people have to pay for it, Langata police turned me into a laughing stalk...sgt Sirma you really messed up my life, Pc/w Trecy you're a devil in human face, hating everyone," a section of his complaint read. 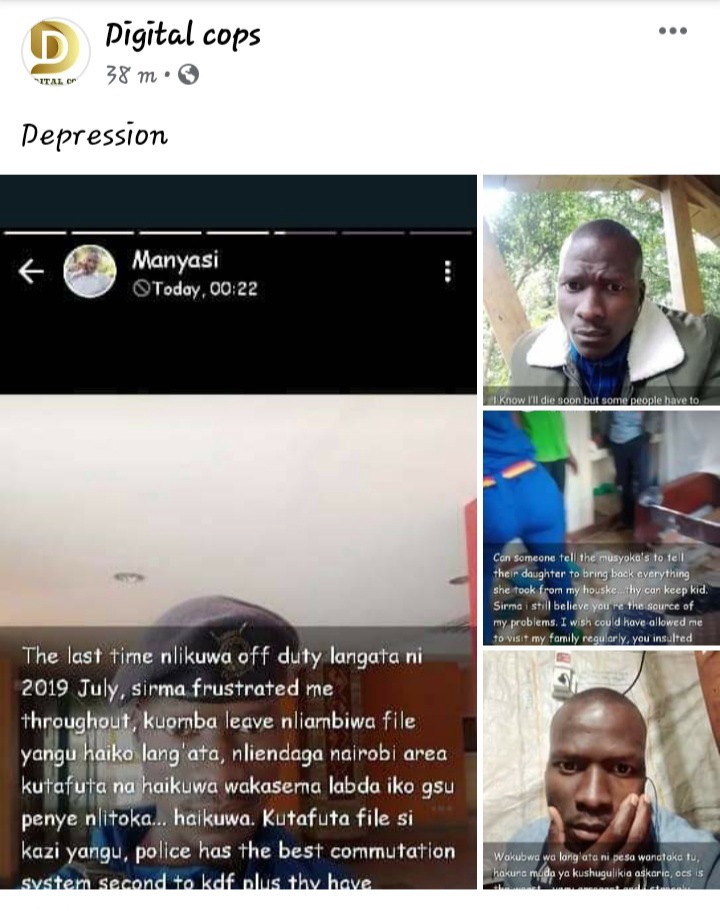 In his complaint, Manyasi says that Sgt Sirma started frustrating him in July 2019 when he was posted at the station after he requested for a leave period to go and see his family.

However, Sirma allegedly denied him the request directing him to go back to the station he came from, GSU headquarters, for him to get his file for the permission after his file went missing at Nairobi area station.

He further cries that since 2019 he has not been given an leave off days something that has led wrangles in his family leading his wife to abandon him.

He further states that his family problems began after Sgt Sirma denied him chance to visit his family abusing him and chasing him away from the office.

Pleading with his in-laws, Manyasi called out to his father-in-law identified as Musyoka to tell his daughter to return back his households that she took away and she can keep the kids.

In a recent survey carried by security agencies, it has revealed that most police officers are committing suicide due to love tussle