By Miakoben (self media writer) | 4 months ago

The level of killings especially in families is rising at a very high rate. Parents are Killing there children while couples are Killing each other. Why is this the case? 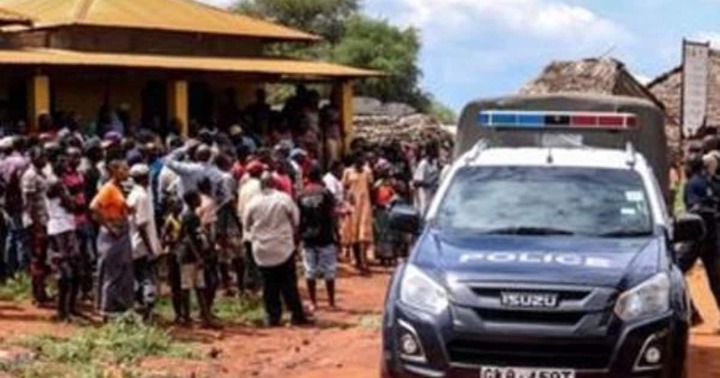 The Directorate of Criminal Investigations (DCI) has released a statement concerning a crime where a father has killed his son and later on hanged himself dead. Through there twitter official page, DCI revealed the situation that underwent until the death of the two.

The man came for the 3 year old child, who lived with his mother and step father in Embakasi, Tassia Estate. The parents had gone to work. Later after coming back from work, they found that the kid is not at home. After inquiring from the neighbors, they found out that the man, who is the biological father of the son, was the one who took the child away. 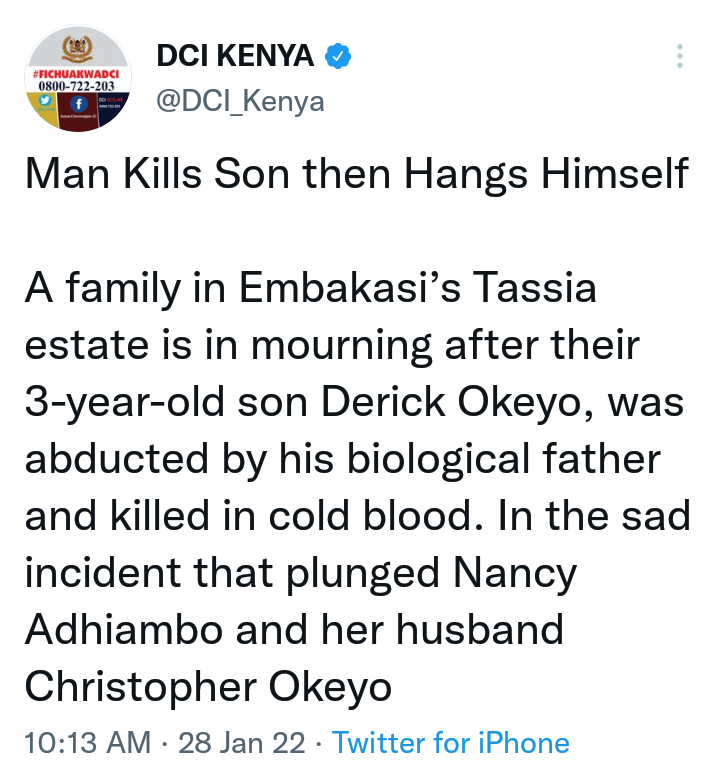 The parents went to the man's house in Mukuru Kwa Njenga. On opening the house, they found the body of the 3 year old child lying lifeless on the bed while the man's body was hanging on an electric cable. They also found a suicide note on the table together with 500 shillings. The suicide note said that the 500 shillings should buy airtime to call his people informing them of his death.