Youth Drag The Coffin Of A Dead Man Who Killed His Brother, Throw It In His Grave

There was a little bit of drama in Kiambu after a middle-aged man is reported to have been buried in one of the most Buzzare way after he allegedly murdered his own brother in cold blood under unclear circumstances. 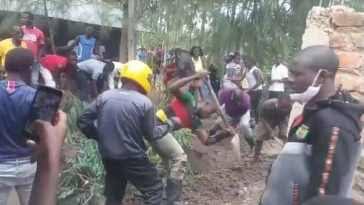 In a video that has since gone viral and is still making rounds on different social media accounts after being uploaded by Tv47, a couple of youths could be seen dragging what appeared to be like the dead body of a middle-aged man on the ground.

This was followed by a dramatic scene after they immediately put the dead body of the man into the casket after which they threw it into the grave without wanting to know how the casket landed on the grave.

According to the reports given by the residents, they revealed that they took the initiative of doing this

because according to them, the deceased is reported to have murdered his own brother before killing himself under unclear circumstances.

Report has it that the deceased had been threatening to kill his own brother for sometime and so on the day of the incident, he allegedly came home drunk and after a little bit of argument, he pulled out a knife and killed him only to kill himself minutes later thus they were both found dead. 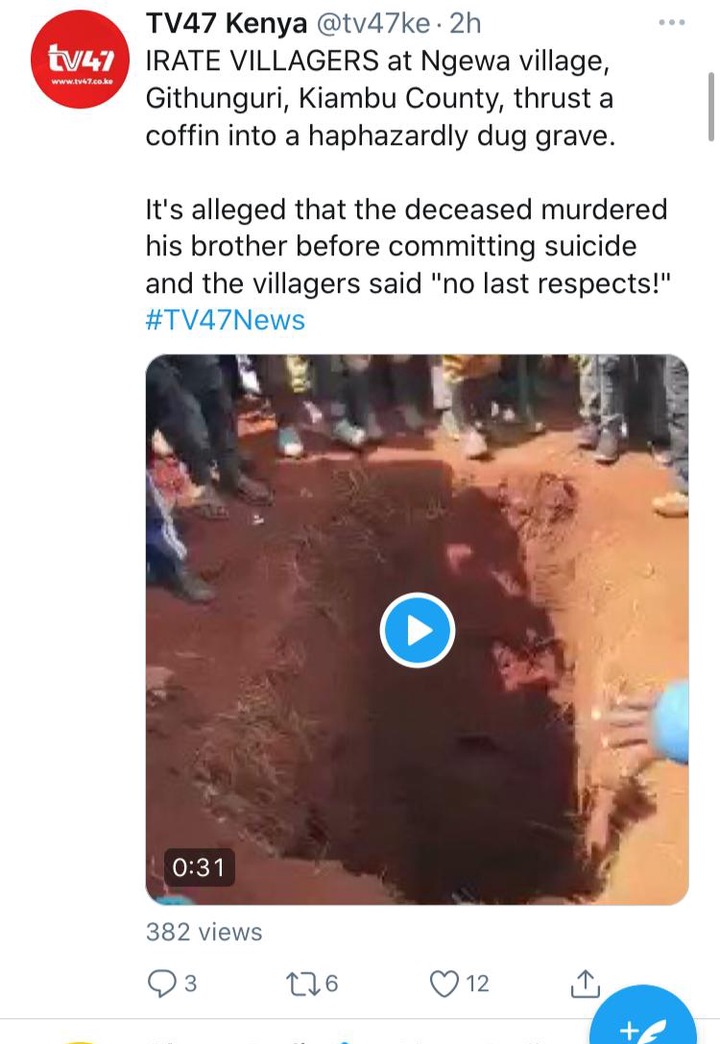