By AlbertBittok (self media writer) | 3 months ago

Police are holding a 23-year-old man who was seen in a video assaulting his wife before smashing his 4-year-old baby to death, in their sitting room.

Sources say Mark Njuguna was nabbed by Police officers from Gatanga following the assault which claimed the life of the baby who was crying helplessly on the house floor. 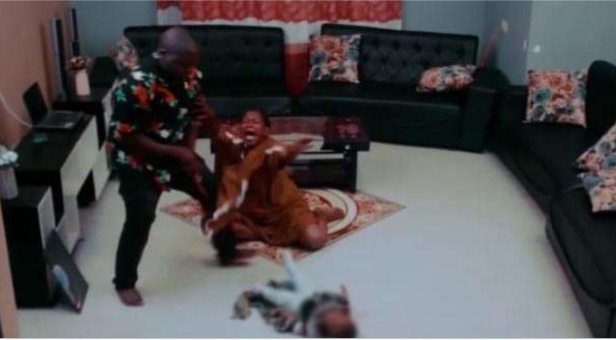 According to reports, the man's father reported the incident to detectives after his doughter inlaw reported to him what happened with her husband.

In a video which has gone viral, the man is seen thoroughly beating his wife on the floor before smashing the baby, something which lead to his death.

According to detectives, the suspect tossed the kid over the sofa where he died on the spot after hitting the wall.

The cause of the altercation between the couples had not yet ben identified. However reports has it that the man is not the kid's biological father.

Body of the child was taken to General Kago Hospital mortuary for postmortem.