How Boda Bodas Bought on Credit Are Stolen, Sold in Ethiopia

By Harsenews.com (self media writer) | 16 days ago 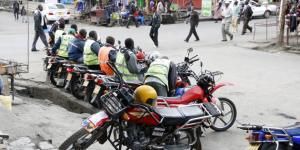 Police are investigating a syndicate ruling jobless youth into buying motorcycles on credit only to be robbed of the same and the boda bodas smuggled into the neighbouring Ethiopia.

A report by Citizen TV on Saturday, October 2, indicated that over 400 motorcycles with an estimated value of Ksh60 million have been stolen and sold into the neighbouring country.

The syndicate targets newly purchased motorcycles from boda boda riders, most of whom buy them on credit.

In the boarder county of Busia alone, 32 motorbikes were stolen between January and September this year, with most loss being through conmanship.

A representative of a boda boda association in the county indicated that the loss set back the riders a sum of Ksh4.5 million.

"They take the motorcycles that had been bought on loans and dismantle their trackers," stated Eric Makokha, the Busia boda boda association chairman.

The loss of the motorcycles derail the riders in their self development plans, some of whom lose the bikes within two months after acquiring them on credit, hence being left to repay the loan with no other source of income.

The syndicate reportedly approach jobless youth by promising to recruit them into the boda boda business from where they can get an income.

Some of them even claim that they have a listing on Credit Reference Bureau (CRB) and would like the youth to take the loans on their behalf.

"When they get the motorbike, they take it to Eastleigh, dismantle it and remove the tracker," stated a representative from the National Boda Boda Association.

Ethiopia is the preferred destination for the sale of the motorbikes because when purchasing the commodity, a logbook is not a major requirement.

"We suspect that there is a syndicate that has began the motorbike theft but we have laid down traps," stated a police officer.