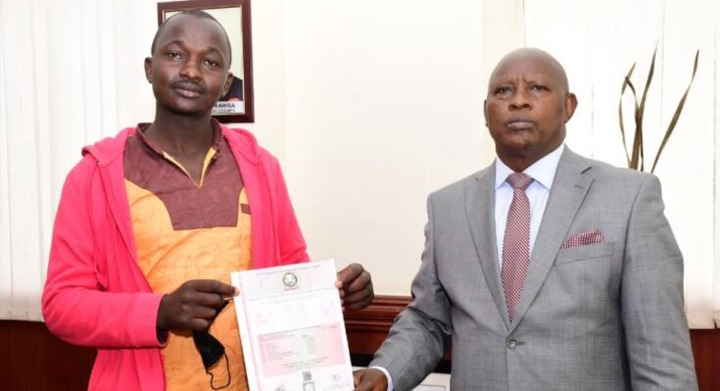 It was a windfall for former 2NK matatu driver John Maina Muthoni days after he was unceremoniously sacked in what many Kenyans termed as a heroic act at work barely a week ago.

The celebrated driver was chased by the 2NK PSV Sacco for ”damaging” the company’s name after driving unruly students to a police station in Sagana Nyeri County during their mid term break.

As fate would have it, his heroic act that led to his unfair firing was indeed a blessing in disguise, after securing a more lucrative opportunity.

This is after the Nyeri County Government through their able Governor Mutahi Kahiga announced that Maina will be offered a position in one of the counties’ departments, as one of the County employees.

While making the announcement, Governor Kahiga celebrated Maina for courageously reporting students upon realizing that they were smoking bhang and drinking alcohol aboard his fleet.

”I wish to celebrate John Maina Muthoni, formerly of 2NK, a heroic driver who courageously reported students upon realizing that they were smoking bhang and drinking alcohol. Drugs abuse is a crime that breaks the hearts of many parents and ruins the lives of many young men and women and we condemn it at the highest level. My government will offer him a position as a driver in one of our departments”. said, Governor Kahiga

The 2NK driver was transporting students from Nyeri to Nairobi for their mid-term break. After failing to contain the rowdy and highly intoxicated students, the driver resorted to driving them to the nearby police station to escalate the matter. 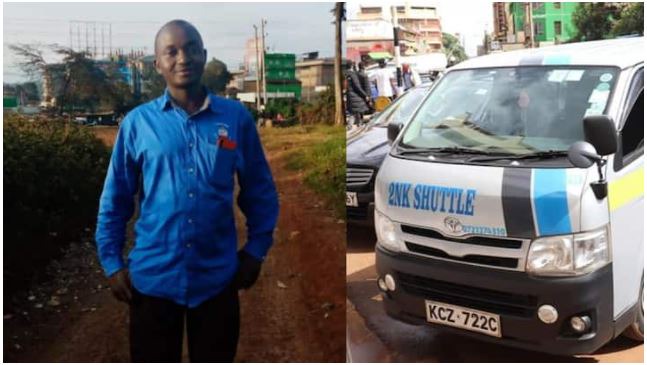 This sadly, led to the 14 students (seven boys and seven girls) jumping from the windows of the moving matatu before Muthoni could reach the report desk, and later his subsequent firing.