By Pressbyte (self meida writer) | 2 days 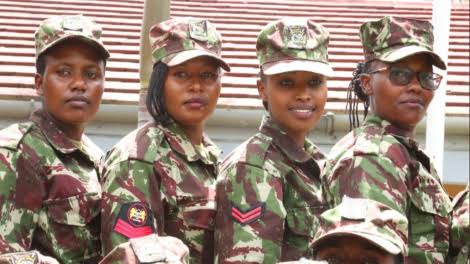 Senior Police officer in Nairobi will soon be dismissed from the service, for the offence of sexually mistreating his female junior colleagues. This is according to Interior Coordination CS, Fred Matiang'i who revealed while speaking with one of the local dailies.

According to the report, the officer, currently working in Nairobi, but whose identity was masked is said to have been sexually molesting his junior female officers for a long period of time. However, his goose is cooking.

As reported by the Nation, Fred Matiang'i has held two separate caucus with female police officers in the past. During the meeting, Matiang'i was informed of the ordeals which female officers have been going through while serving Kenyans, some of which are unspeakable.

According to the CS, after holding the meeting, he could not sleep that night because of the horrific stories the female officers revealed.

“I called a caucus of women police officers and had a meeting with them and the kind of issues I heard were horrific. I could not sleep that night, " said Matiang'i as quoted by Daily Nation.

These issue, among others including denial of promotion, were raised and which the CS has promised to deal with them.

Consequently, the Interior Co-ordination CS said deep inside the ministry, Ethics and Gender Relations Unit will be developed to handle complains from female officers immediately after they report. The unit will then act on the rogue police officers mistreating their colleagues.