The murder-suicide incident that was witnessed in Kabete has been the talk of the nation for the past few days and now a survivor in the ordeal has narrated how he escaped the jaws of death on that fateful day.

According to the survivor who was speaking to journalists, he was lucky to have survived that night of terror that claimed the lives of six people following the shooting incident by Constable Benson Imbatu.

The survivor has recounted how they met the policeman in the wee hours of the company while in the company of a friend and Imbatu ordered them to stop and raise their hands and the two friends who had come from a night vigil complied with the directive. 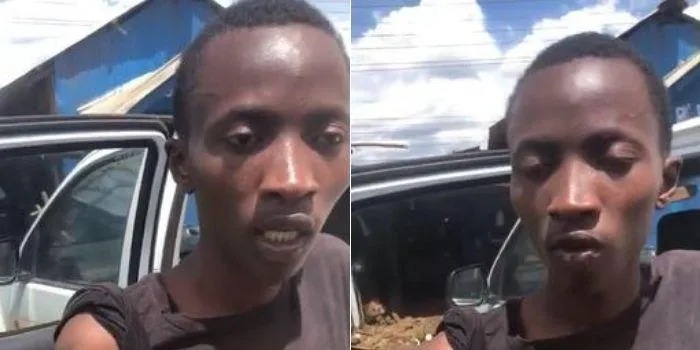 The two friends thought they were being arrested by Imbatu who opened fire and shot one of them in the chest and the bullet grazed him in the arm which forced him to take to his heels and as they were running, the cop opened more fire that hit his friend on the head.

The survivor told the press that he ran away with blood oozing from his hand and went back to the vigil and that is when he realized that his friend had been fatally shot. Friends and colleagues at the vigil administered first aid and took the man to the hospital where doctors saved his life.

The survivor was among two people who are nursing injuries following the Tuesday morning, incident. Residents of Kabete described the night as terrifying as they recounted to the press how bodies were left in the cold.

Fistula Humiliated Me. Hubby Chased Me Away Claiming I Had A Foul Smell. It Was Painful;Mary Shares.

Who Can I Trust When Most People Only Disappoint?

Ruto Responds To Uhuru, Changes Tune About Prosecuting Him If He Wins Election

How To Tell If Your Ex Still Likes You? Now You Will Know The Truth About Whether They Like You