By Soccor.updates.com (self media writer) | 4 months ago 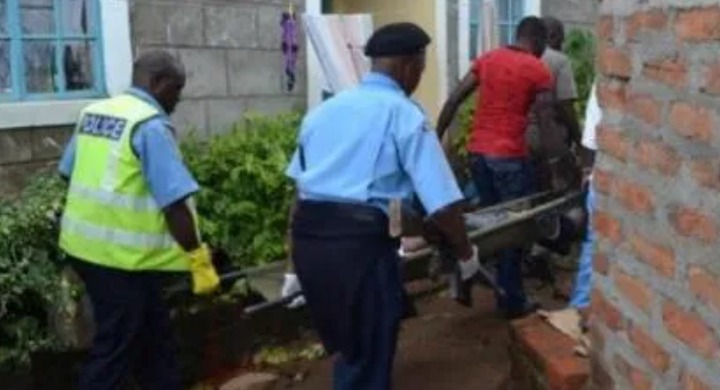 Police have made a positive identification of the body of a woman who was found in a suitcase outside the GSU Recce station in Ruiru on Monday, January 17, 2022.

According to the police, the woman was identified as Esther Wambui who works as a fuel station attendant at Juja, Kiambu County.

Officers ascertained her identity after processing her fingerprints. Her spouse was further called in by the police on Wednesday, January 19 to confirm.

The mourning husband demanded a probe into his wife's death.

Wambui's body was found wrapped in a nylon sack and stashed in a black suitcase outside the GSU Recce station.

Her hands were tied at the back while her legs were bound together using a manila rope and a nylon string tied around her neck.

She also had a deep cut injury on her left breast that the government pathologist will forensically investigate and provide a conclusive report to the police.

"It was reported by members of the public that there was a dead body in a briefcase which had been dumped near the service lane along the perimeter wall of the Recce company camp at Toll area M/R BJ755775 about 4km south of the station.

"Police officers visited the scene and confirmed that there was a body of an unknown African female adult in her early twenties that had been stashed in a nylon," a police report stated.

According to the police, the body had ink writings on the chest, both palms and both thighs which read “Bwana ya mtu ni sumu" (Someone's husband is poison).

The message had been written using a blue permanent marker pen.

It was initially believed that Wambui was hacked to death in a different location before her body was dumped outside the GSU station.

Police are yet to make any arrests in connection with the gruesome murder. 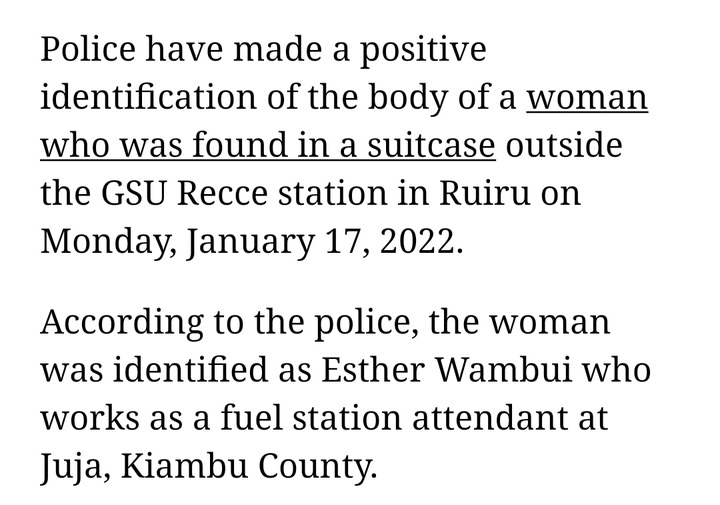