By Bubblez (self meida writer) | 25 days 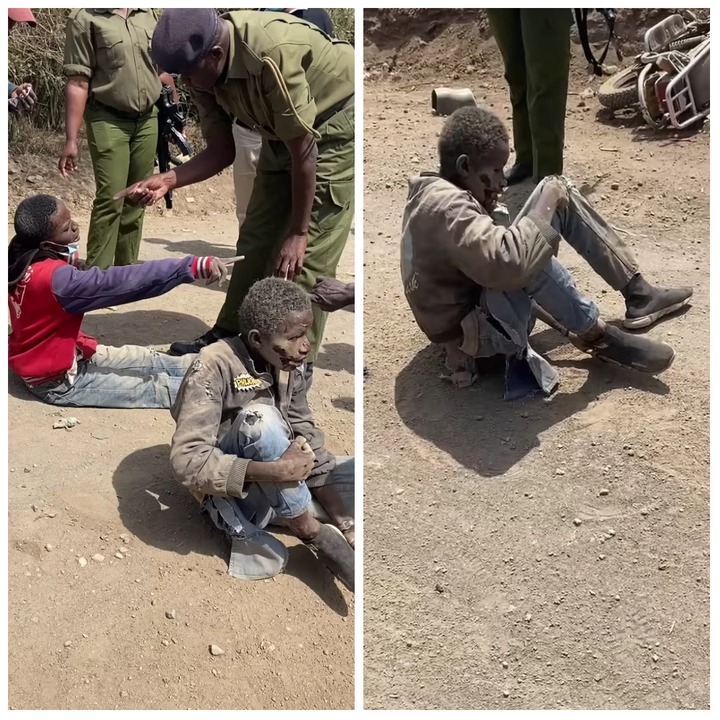 Drama ensued in Nakuru after two thugs who were on a motorcycle were nabbed by an irate mob and police.

According to sources, the duo is said to have been using a motorcycle as they snatched phones along the busy Nakuru highways.

In a video, the duo was saved from the jaws of the angry mob by police officers who visited the scene immediately. 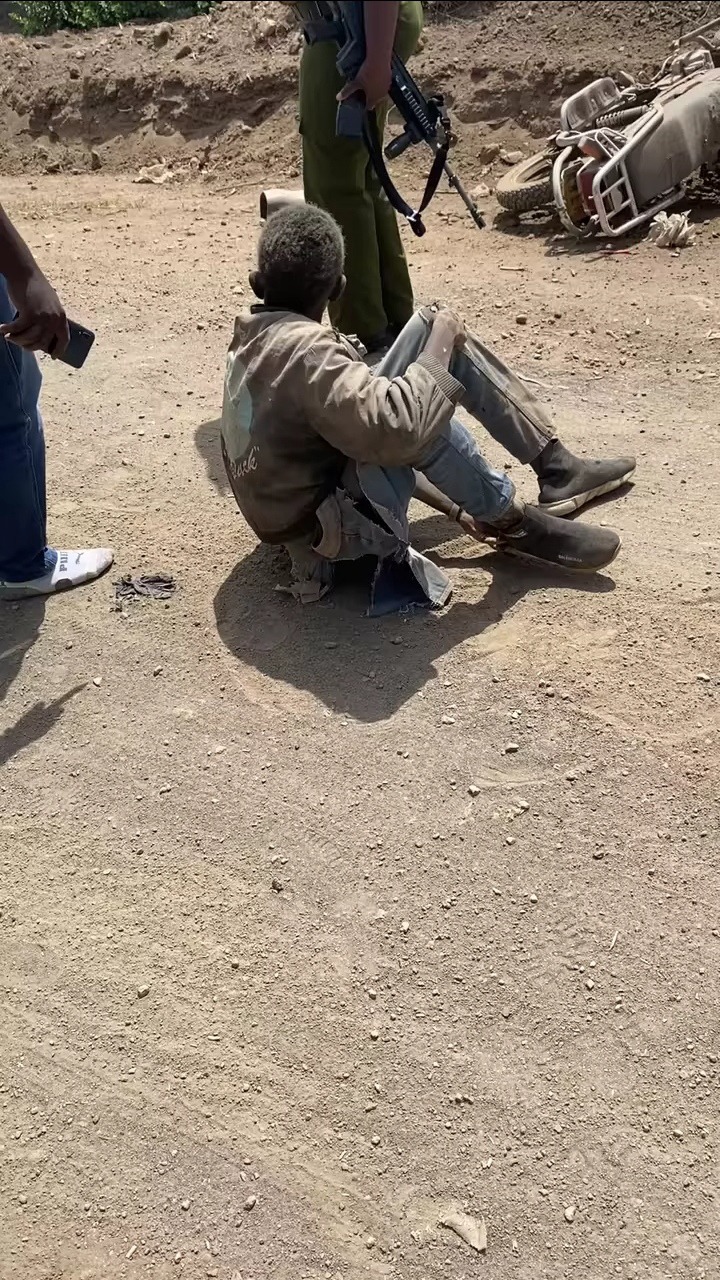 One of the thugs badly broke his leg during the wild chase, his colleague who tried to escape on foot faced the full wrath of the irate mob.

Police officers who were questioning the young men tried to get answers and names of the other gang members.

Insecurity in Nakuru and its environs has been a thorn in the flesh for quite some time now with these rogue thugs robbing and even at times killing innocent Kenyans at their own peril.

Police officers have been working round the clock to ensure that Kenyans get adequate security across the country.

Most of these robberies have been staged by some very young boys who just got out of school.

Its the highest time that parents got involved and warned them as many will end up dead due to these criminal activities. 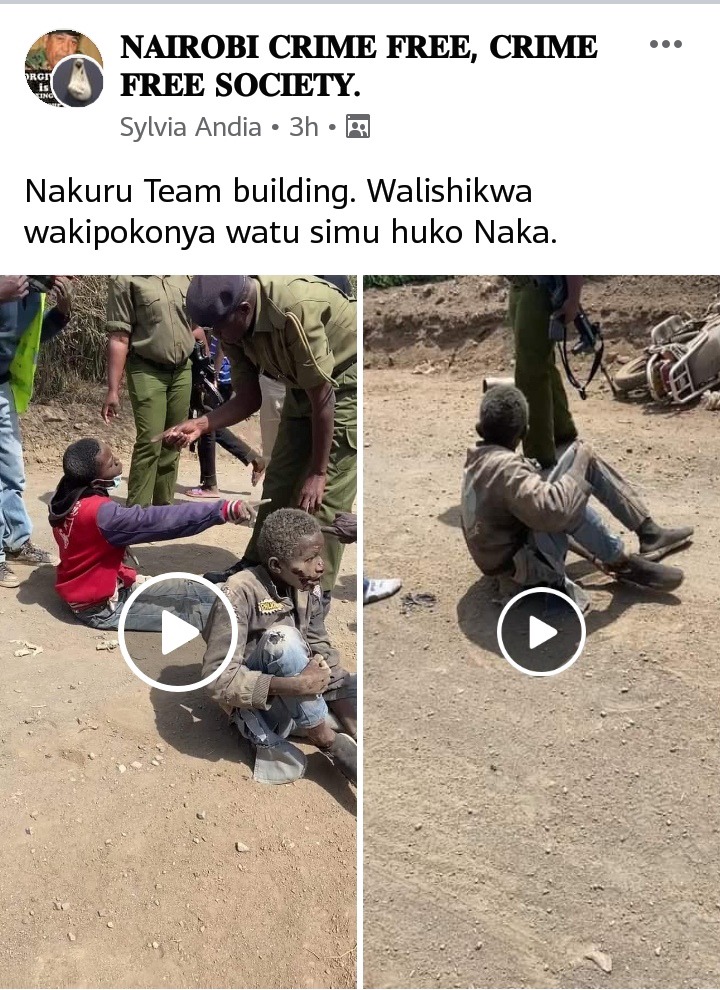