A middle-aged man was stabbed to death by an opponent in Mukuru Kwa Njenga after a fierce fight over a woman.

The deceased only identified as Kevo was allegedly stabbed in the right side of the chest and died on the spot.

Kevo's lifeless body also had visible stab wounds and strangulation marks when it was found dumped by the roadside at around 5 am, by a security guard who immediately notified area residents.

The woman whom the two were fighting over, fled away before the guard completed interrogating her.

Police who visited the scene tried to trace the whereabouts of the woman but no villager was willing to divulge any information on her.

The deceased’s body was moved to the nearby morgue pending postmortem. 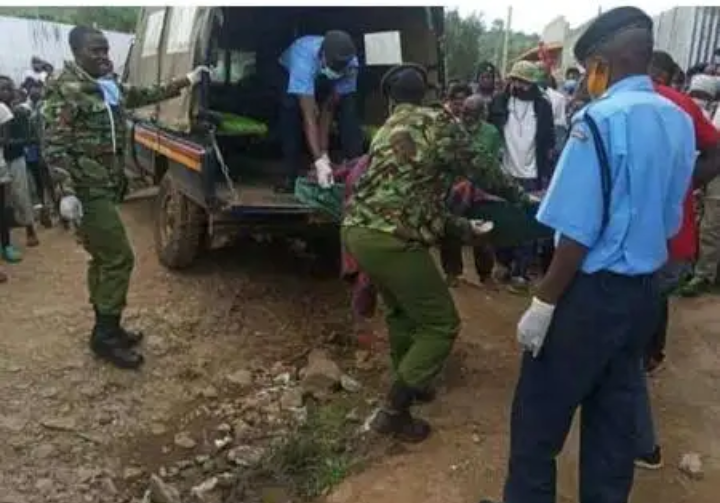 Police urged anyone with information that may lead to the arrest of the suspect to reach out to them.

A manhunt for the assailant who fled the scene immediately after committing the crime has been launched. Detectives said since his identity is known, it will not take long before we catch up with him.