By Shahhhh (self media writer) | 13 days ago

Detectives from the director of criminal investigations have revealed a number of details concerning the mysterious death of a university student who is reported to have been found dead in her hostel under unclear circumstances. 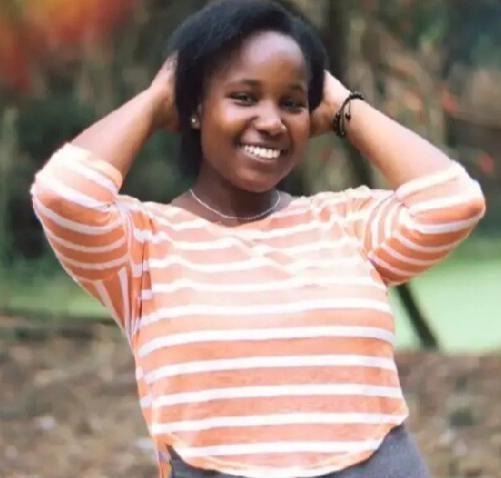 On October First, the body of Rehema was found ij her hostel by the management group who had gone to check on her after she failed to attend several classes.

The university management revealed that the workers got suspicious and decided to check on her wanting to know what she was doing in her room after staying indoors for 3 days without leaving her room.

"She didn't come out for three days and that's why we decided to check up ok her in order to find out what was happening. However, we were shocked after finding her dead body in the room and that's when we decided to alert police officers who came and took her to the Mortuary", a worker said.

However, according to the reports given by the police officers who are currently investigating this incident, they revealed that they have received the Cctv footage with this details.

"She left her room only once and that was when she was talking to her neighbor. She went back and that's the last time she was seen alive", DCI agent said.

For this reason the DCIs have revealed that they are currently waiting for the postmortem results from the government Pathologist in order to find her cause of death.

While reacting to this incidents, the directorate of criminal investigations has urged University students to make sure they stay vigilant and away from anything that might be putting them at risk such as trying to Con men claiming that they're in love with them. 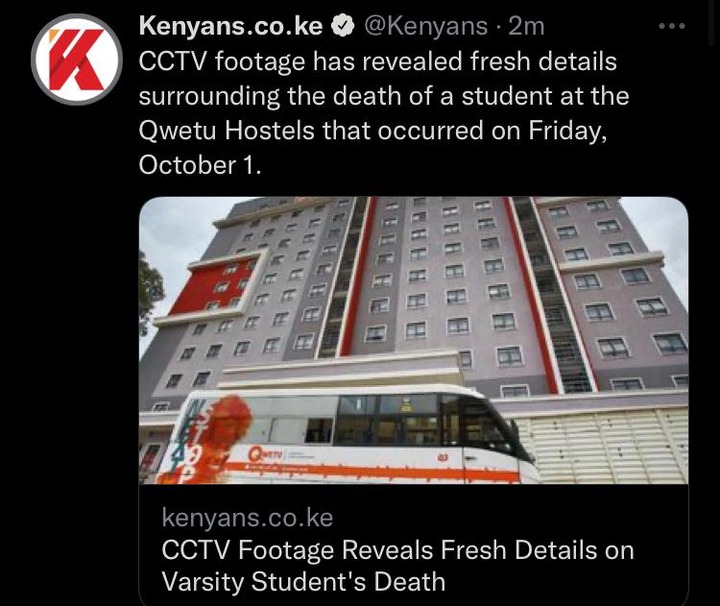