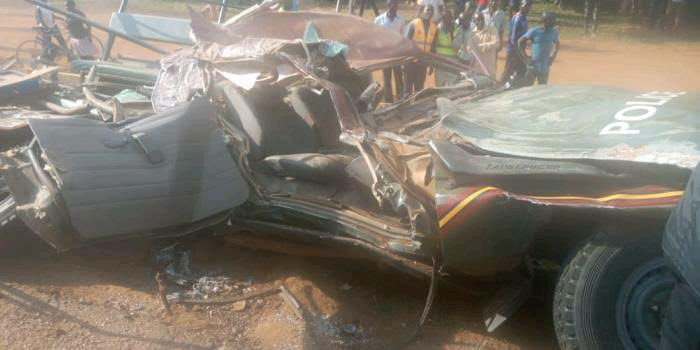 A police vehicle was on Sunday evening involved in a road accident along Akala-Kisumu road in Kisumu County.

Two officers from the General Service Unit in Kisumu county were onboard the vehicle.

The officers Alfred Wekesa and Lawrence Ochieng died on the spot during the 7:30pm incident that involved police vehicle and a lorry. 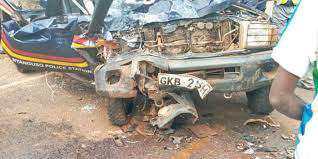 According to Kisumu County police boss Edward Amani's report the driver of the vehicle registration number GKB 456T lost control as he was negotiating a sharp corner when he collide head-on with a lorry from the front.

“At around 7.30 pm, we received information regarding an accident at Akala-Kisumu Road.The police vehicle collided head-on with a lorry infront and the driver of the lorry sped off the scene," Edward said. 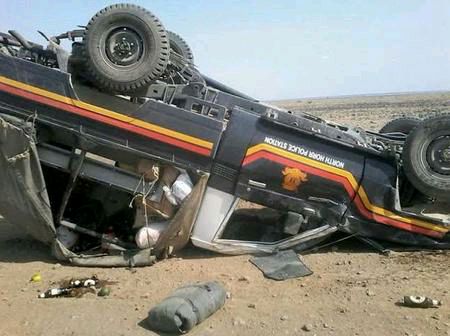 The latest comes when in just two weeks two lorries collided head-on in the same route while heading to Bondo town.

As per the preliminary reports the driver of the police vehicle was at the wheel at the time of the accident.

The vehicle was completely damaged and all its windows destroyed on the spot.

The police are on the hunt of the driver of the lorry who fled the scene after the accident.

The body of two deceased were moved to Kisumu County Hospital mortuary.

The vehicle wreckage was towed to Kisumu police station for inspection.