Several members of the dreaded Gaza group in kayole have today been lynched to death by a group of angry residents who took matters in their own hands after the group is reported to have stabbed two locals, leaving one dead on the spot while the other is currently fighting for his life after being rushed to the hospital. 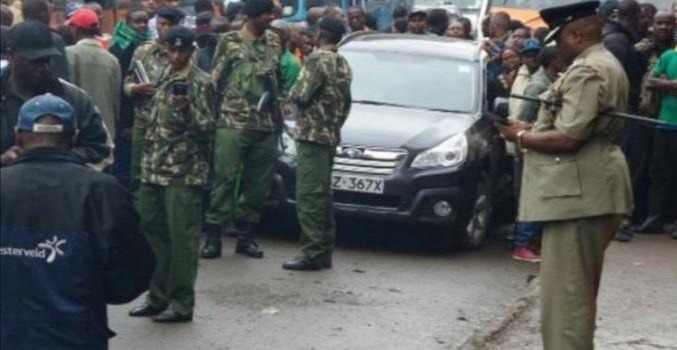 Taking to his Facebook account to express his fears and concerns due to the increasing number of criminals in Kenya, Kenyan undercover cop who goes by the name of Saigonpunisher has revealed that the group had attacked two people in broad daylight without fear Stabbing them before trying to flee from the crime scene.

This was followed by a dramatic scene after thean angry vigilant group of residents reportedly acted quickly cornering them before they could flee from the crime scene in a public chase that took several minutes before the suspects were caught.

Further reports indicate that the already angry residents who came out in large numbers descended on the gang with sticks and stones beating them to death before the police officers who were called later could get to save them.

Unluckily, a man who is reported to have been stabbed died on the spot whereas the woman who was also stabbed in the process was immediately rushed to the hospital in critical condition where she is currently receiving medical treatment under the supervision of doctors.

This incident has sparked alot of mixed reactions from Kenyans who seemed to have been confused on why there was an increasing number of criminals in Kenya. With a section of Kenyans claiming that maybe this was because joblessness, others went ahead and called upon the police to tighten security in this areas to prevent more deaths

Click on the link below to view the full scene. 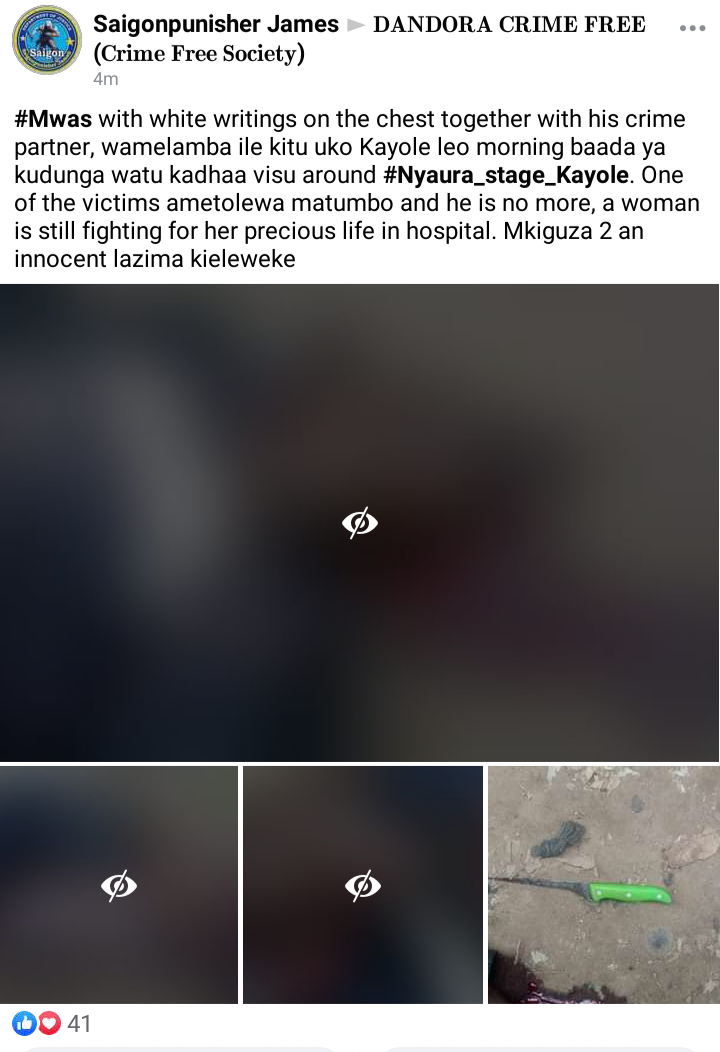 Why The Country Might Be Opened Sooner Than Expected (Opinion)

Kitui Man Injures Wife's Lover After Busting Them in his House

Corona And It's Effects, Leave us Corona

2 Ways To find out if your partner is cheating