Reality has proved stronger than culture in Garsen town after a woman outwits the elders in a dowry payment ceremony. A mother of three children , Ms Maweni invited her In-laws to hand over her firstborn daughter to her suitor for marriage. In accordance with the culture, a woman alone can not hand over a girl rather male in-lwas or father figure must be present.

She organised the whole ceremony with the help of sister, Veronica Meilu and a few other in-laws. She played an active role in serving the guests. The son in-law to be had agreed to cough a whooping ksh.170000 as dowry. The guests eat their meals and the awaited time came. The guests among them being the suitor, counted the money in the presence of everyone. However a hidden plan had been hatched and was to be implemented by the suitor. Before handing over the confirmed cash, he changed the basket containing the cash. He hid the real basket which was later taken by the mother and handed one with wrappers in it.

The beehive of activities enabled the mother to get away with the dowry without anyone noticing. The ceremony went as usual to the end. As the time to re confirm the cash came after the guests departure,it dawned that there was no cash! Only the rappers were present without the money. The in-laws realized Ms Maweni absence and tried to reach her. She couldn't be found. Her phone was off.

Ultimately the elders resorted to seek the police help. It was on that note that they received a call from a new number that the mother had received the cash early. She feared being short changed by the in-laws. 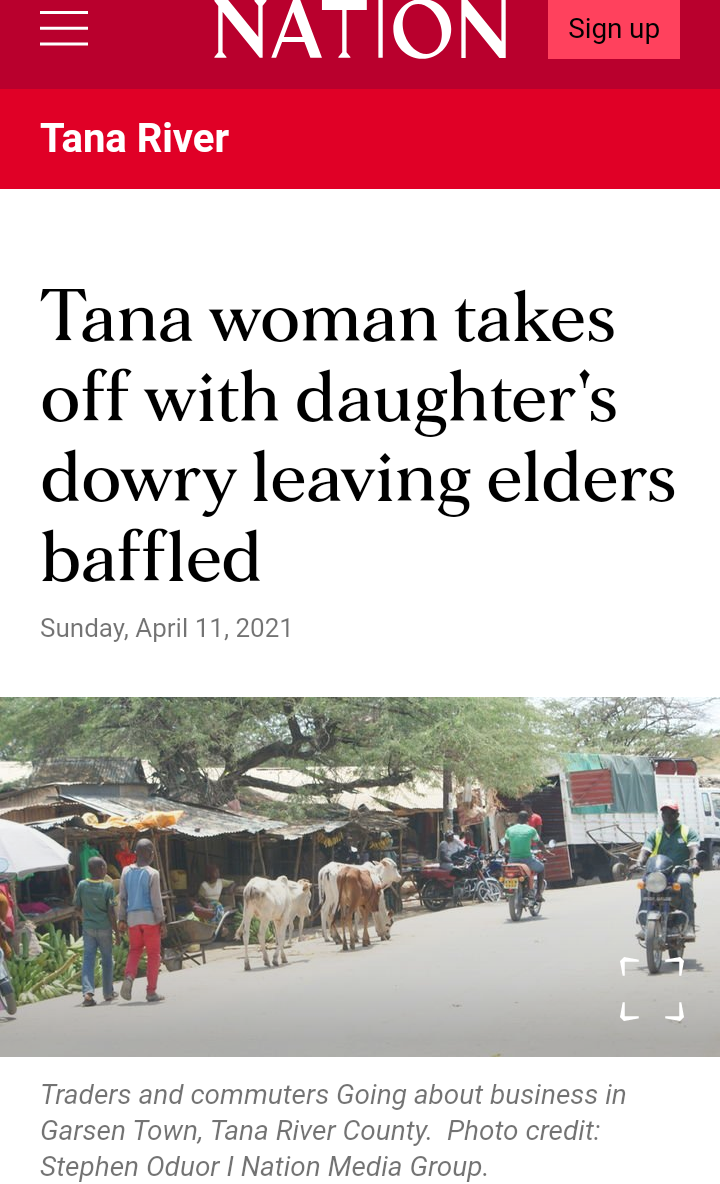