RIP: Grief And Confusion As A Reknowned Businessman Is Found Murdered In His Car

By Elizabeth09 (self media writer) | 6 months ago 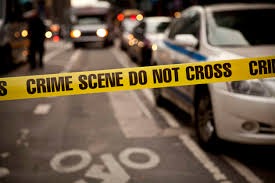 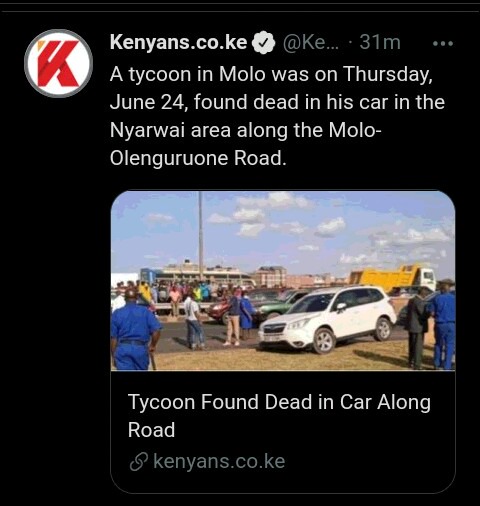 A businessman was found murdered in his car along Nyarwai area at Molo- Olenguruone road. The Molo Green Company director who goes by the name Justus Metho car was noted by the residents and they reported to the necessary authority.

Molo Sub County Police Commander, Samuel Mukusi revealed that a friend of the deceased sensed something was amis when he spotted the car being deserted on a rough road with it's lights beaming. The car windscreen was broken and the owner lay unconscious in the driver's seat.

Th deceased clothes were soiled by blood and his throat was slit. The detectives who went to investigate the crime scene established that Mr Metho had been murdered. His body was taken to Molo Sub County Hospital Mortuary awaiting a post mortem to identify the cause of his death.

Residents have called onto the County Security Committee to reinstate Kiambiriria police post which shut down it's operations years ago. They have also asked the police to intensify operation patrols. This comes a few days after a motorist's vehicle was sprayed with bullets leaving it's owner dead along Gwa Kairu, Ruiru along Thika Road. 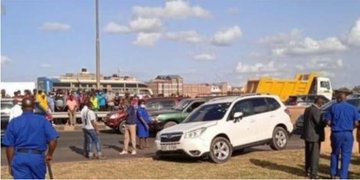 RIP: Cute Photo Of Girl Murdered Outside GSU Camp with "Bwana Ya Mtu Sumu" Written On Her Body

KENHA announces the closure of a section of Thika -Garissa road to allow ongoing construction.

Future Transportation Vehicles That Are Next Level

40-year-old man arrested for allegedly shooting and killing his mother, sister and son