A video has emerged on social media pitting two police officers fighting over what is believed to be differences over an alleged bribe. The incident which was caught by amateur video as a crowd cheered them on led to different reactions as one of them tightly held something in his hand while blocking heavy blows from his colleague. 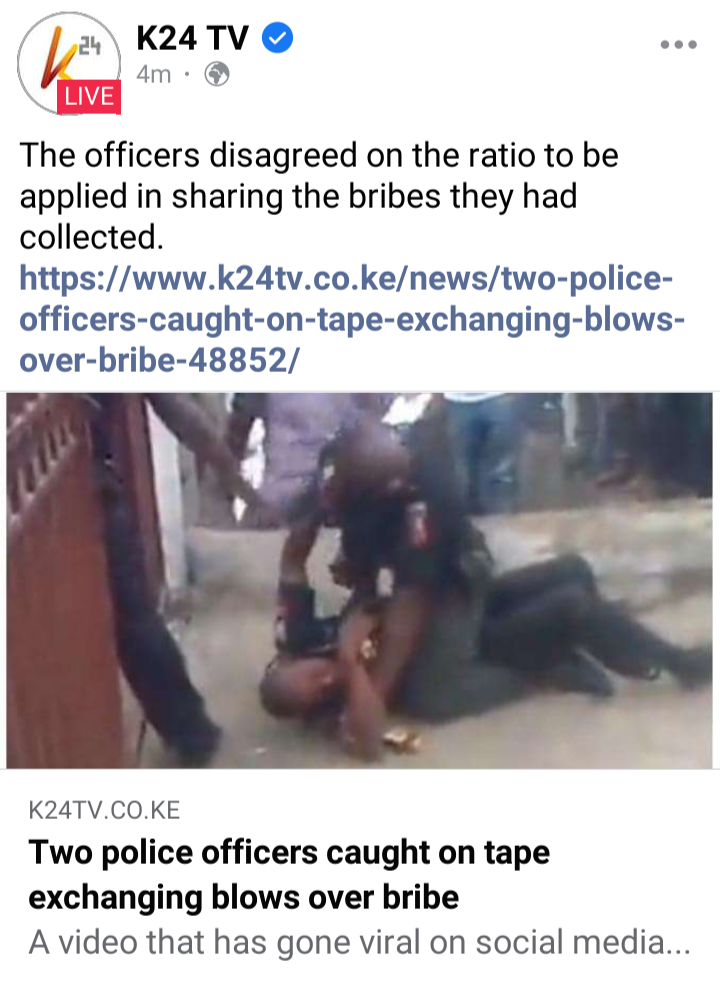 According to K24 TV digital news media platform, the two are said to have been manning a road block along the busy highway and through their characteristic behavior, witnesses indicate they were collecting bribes from public commercial vehicles before an argument ensued. Residents and drivers have been complaining of the increased demands of bribes and harassment by traffic officers over petty issues.

The Kenyan traffic police department has been pointed out as the most corrupt government institution with several attempts to try and reform the department. What remains to be seen is if they will manage to curb the rampant appetite for bribery. 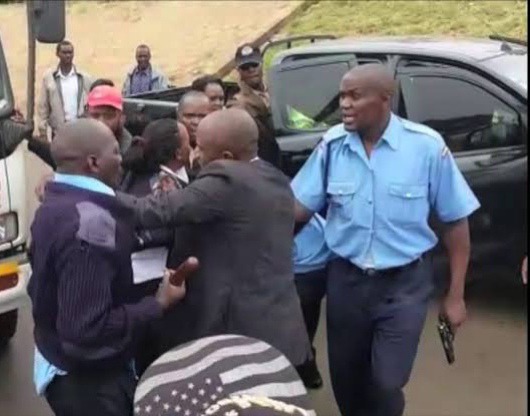