One Samson Waithaka ,a resident of Kariobangi , remains to be a big fan of Jubilee Government despite the calamities that befell him while on 2016 Campaign trails and calling upon the government to come to his rescue.

In 2016, Samson joined other Jubilee supporters on his side representing the community of People Living with Disability(PWD). However, all did not go on well as an electric pole fell on some of the supporters him included.

This accidents led to many geting electrocuted and getting rushed at Kenyatta National Hospital to receive treatment.

To Samson this was a nightmare because he did not have finances to cater for his treatment. Samson and others were forced by the hospital to go and get a police P3 form that could also later propel them to get compensated by the Jubilee government for the injuries caused.

Before Samson could fully recover and also get compensated, doctors went on strike hampering his treatment and leaving many sick unattended in 2017. 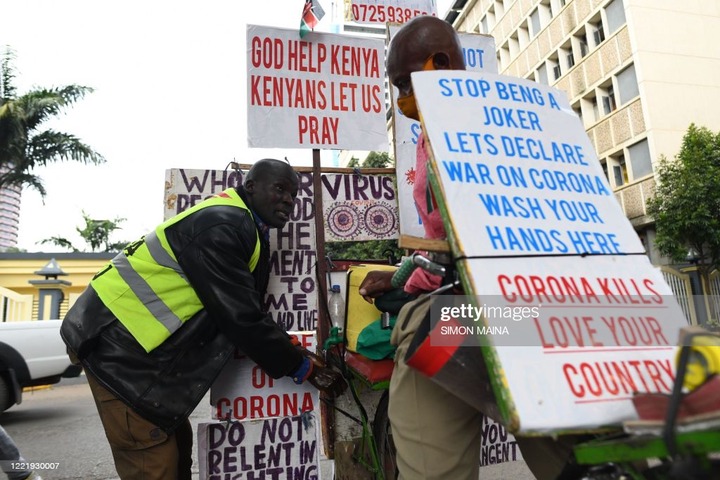 This led Samson to leave the hospital .However, the pain from the injuries were too excruciating to bear that he went to the Tom Mboya street to plead for help from the fellow Kenyans something that caught the eyes of the government which came to his rescue and took him to Mama Ngina Kenyatta hospital to calm the situation.

Later on Her Excellency the First Lady , Margret Kenyatta offered to pay for the MRI charges and requested that the rest of the bills should be taken care of by the Jubilee Officials. Seeing that no help nor communication was forthcoming from the Jubilee headquarters, Mr. Samson wrote several letters to Jubilee Secretary General Raphael Tuju and others he addressed directly to President Uhuru Kenyatta requesting to be compensated and the hospital bills to be catered.

To date , Samson has not received any help and compensation from the Jubilee Government .He has been chased from seven houses due to rent arrears .He is now pleading with the the well wishers to come to his rescue so that he would get better and be able to provide for his family like he used to .

Content created and supplied by: Newsnow254 (via Opera News )