By SpectacleNews (self meida writer) | 1 months 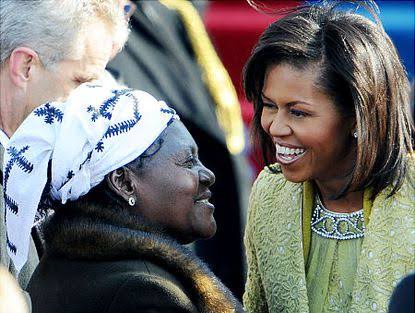 The Obama family has once again been thrown into mourning after the death of Kezia Obama. The 81 year old has passed on while in Berkshire, England.

The reports of her demise were confirmed by one of her grandchildren based in Dubai. Kezia Obama was the first wife of Barack Hussein Obama Senior and mother to Rita Auma Obama and Malik Obama. 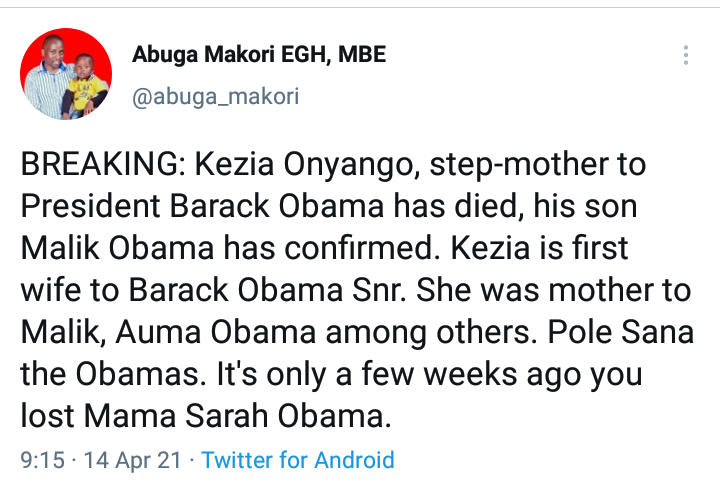 "BREAKING: Kezia Onyango, step-mother to President Barack Obama has died, his son Malik Obama has confirmed. Kezia is first wife to Barack Obama Snr. She was mother to Malik, Auma Obama among others. Pole Sana the Obamas. It's only a few weeks ago you lost Mama Sarah Obama."

The cause of her death has not been revealed.

This tragedy strikes the Obama's days after Mama Sarah Obama passed on. Sarah Obama was laid to rest in accordance to Muslim burial rites hours after her death in Kogelo.

Equity Bank on Spot Over A Client's Missing Money

Thanks Be to God; Alma Of Zora Released From Hospital