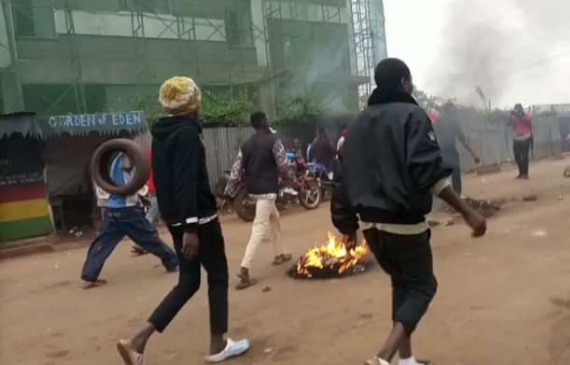 Reports of angry youths who gathered to the streets of Kabete in Nairobi county to demonstrate after the bizarre incident where a police officer shot and killed several people before committing suicide emerged online.

According to reports, the incident occurred at Kabete near the market today early in the morning. Sources revealed that an officer by the name Benson Ombutu attached at Kabete police station sneaked with an AK-47 gun and opened fire on his wife.

After killing his wife he shot spree to members of the public hence killing other five civilians and injuring others, he ended up turning the gun into his head and killing himself.

Police officers were informed and rushed to the scene to rescue the situation, an AK-47 gun and four rounds of ammunition were recovered at the scene.

Youths have paraded to the streets following the death of innocent people including bodaboda riders who had waked up early to work, citizens are asking the government to have the best solution of dealing with such incidents that have occurred on several occasions. 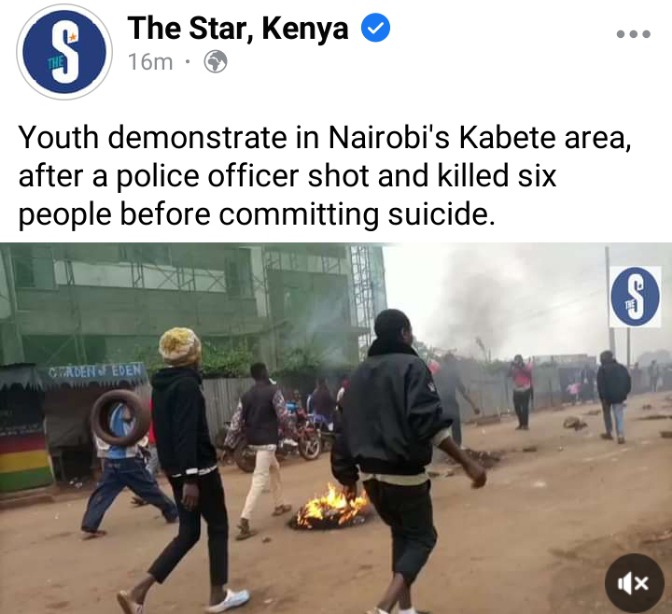 Hussein Breaks Silence After Appointment to Ruto's Campaign Team; "I Share With the Hustler Story"