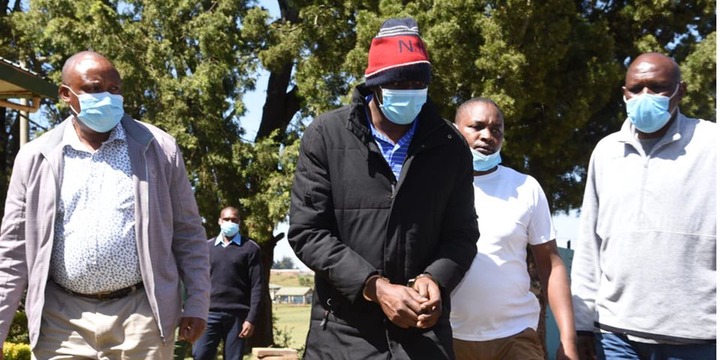 A Closed Circuit Television (CCTV) footage has fixed Mr. Ibrahim Rotich at the centre of brutal murder of his wife and a Kenyan athlete Ms. Agnes Tirop.

The footage has shown the prime suspect at the crime scene on the day she got killed. The late Agnes was found dead mid last month. A pathology report later indicated that she died of deep cuts on her head, and several stab wounds on her neck.

Keiyo North sub county DCIO Andolo Munga also revealed that the CCTV showed the late was killed on October 12 in the afternoon, before her corpse was recovered on October 13.

"The CCTV footage is self-explanatory and positive after forensic analysis. It has all the evidence of the scene and the actual act. We believe we have an airtight case and we are good to go with the prosecution," stated one of the investigators.

Several witnesses have also been lined in efforts to fix the suspect in what has been termed as pure murder. This is given the fact that the accused confessed to having killed his wife, after their marriage was rocked by endless troubles.

A bloodstained knife and a club 'rungu' believed to be murder weapons collected at the scene are alos being analyzed forensically.

DCIO Munga added that samples drawn fro the deceased are also undergoing toxicological analysis, to establish more about the murder since the accused had expressed his intentions to have Ms. Tirop dead.