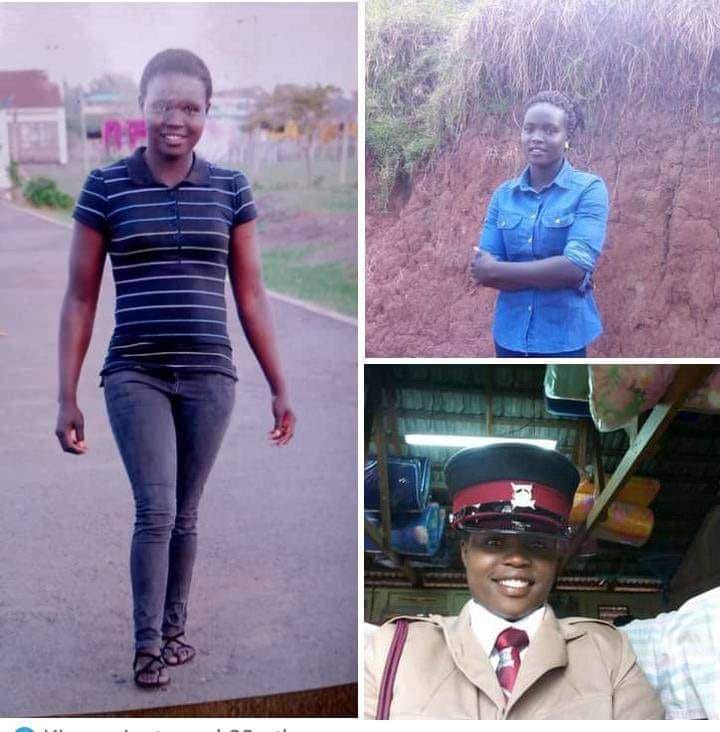 Police officer in Trans Nzoia are investigating an incident where a police office killed his girlfriend before committing suicide.

In the fateful day, PC Dorcas Chebet is said to have been lured by her husband, PC Alex Adari to return to the station at 10.30AM. She went straight to their house where she met Andari who looked the door.

Andari had lured her at the house by telling her that he had bought a new phone for her.

Few minutes later, three gunshots rented the air coming from the house leading the police officers at the station to rush and break the door of the house only to be met by two lifeless bodies lying in a pool of blood.

Upon checking communications between the two couples, detectives established that Andari had previously accused his wife of infidelity and had at one time threatened to commit murder

It's suspected that he killed her before killing himself. Their bodies are lying at Kitale Mortuary. 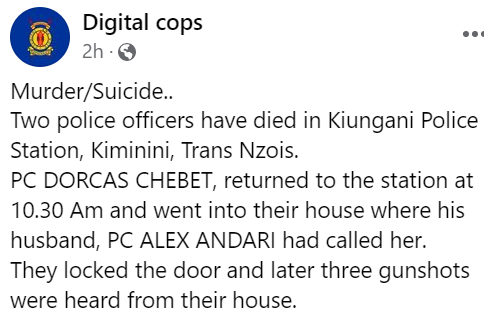