By KrimeExpert (self media writer) | 19 days ago

Police officers from Nakuru have arrested a man on allegations of Murdering his wife by stabbing her several times before trying to commit suicide. 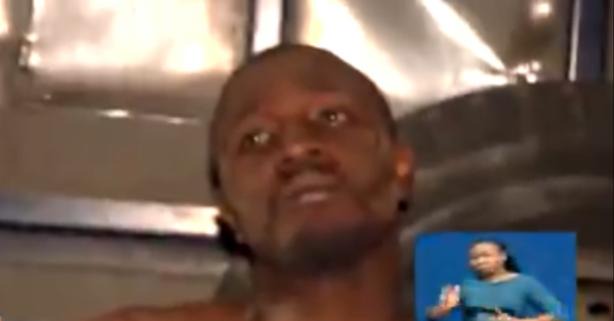 In an incident that happened today in the morning, the lifeless body of the woman is reported to have been found dead in her house by neighbors who responded to the distress of the deceased who was heard crying and shouting in pain.

According to the reports given by the neighbors, they revealed that they heard the deceased screaming in an incident that forced the to rush to the woman's house only to find her taking her last breath.

"They were arguing the entire time and it was after the woman screamed in pain that we rushed to her house, we sadly found her taking her last breath. We only found a knife that had been used by the suspect and that's when we launched a search for him", One of the neighbors said.

Their search for the suspect also ended up dramatically after they found him groaning in pain moments after he landed on the floor after trying to commit suicide by jumping off from a fourth floor of their building.

According to the reports given by the watchman, he revealed that he heard a loud thud on the floor and immediately rushed to the scene where he found the man on the ground. He later alerted the landlord who called the police.

While reacting to this incident, police officers who responded to the incident has called upon kenyan couples to find alternative ways of solving their problems adding that it was so unfortunate that lost people ends up killing themselves for not so good reasons.

The police who arrested the suspect were able to find a Knife at the crime scene along with other things. 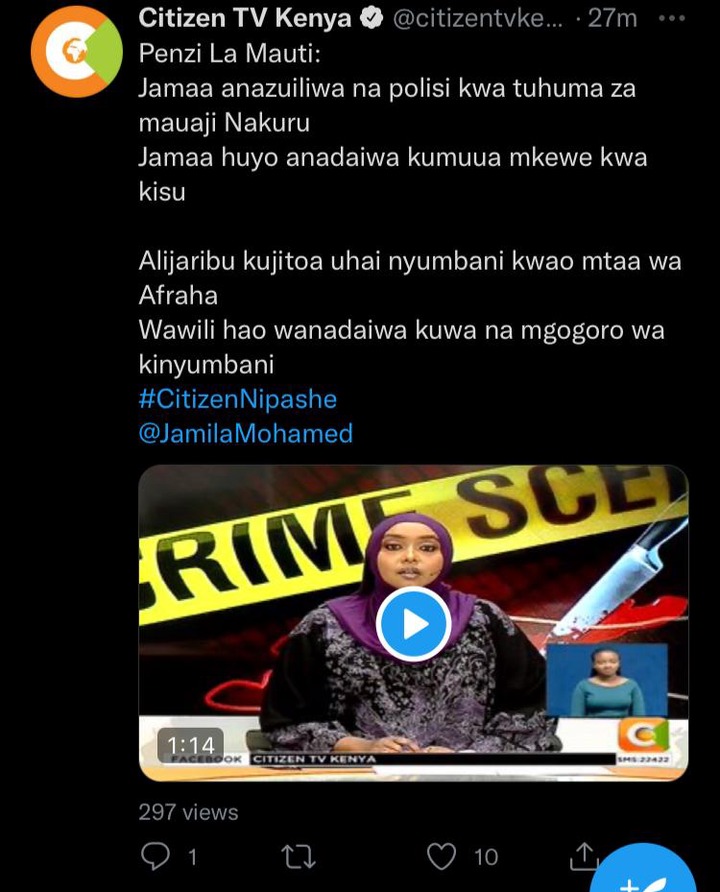