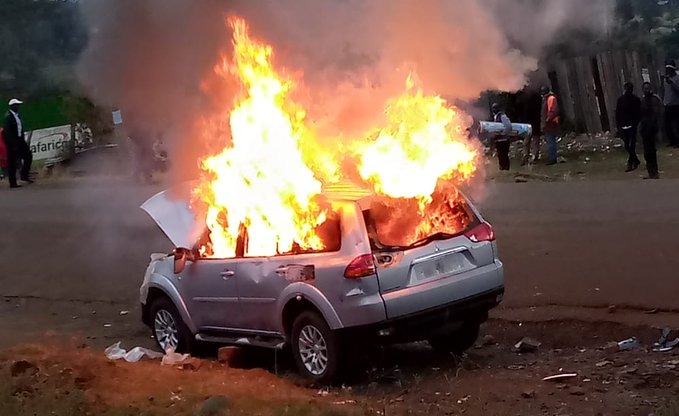 Police in Nyamira are investigating an incident where residents set four cars and houses ablaze. The cars and houses belonged to a man who was suspected of stealing two cows and hiding them in his bedroom. The irate mob later lynched him to death.

It is reported that the middle aged man faced the wrath of locals who accused him of stealing their cattle. The incident happened at Mabundu village at West Mugirango, Nyamira County. Residents are reported to have found two cows that were stolen kept in his bedroom before taking the law into their arms. 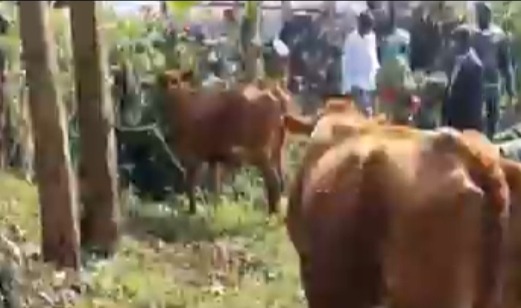 According to the area Sub-chief Peter Ndirangu, drama ensured after suspicious residents thought that he was hiding something in his house. Their suspicion led to his house where the two cows were found. This led to the fuss which attracted the residents who attacked him before burning his four houses and cars.

The man who was identified as Nyatigo Achoki met his painful death after another assortment of other items suspected to have been stolen from various parts of the area were found inside his house. Among the items found were car and motorbikes number plates.

However, his family has asked the police to probe the matter and do justice for the deceased man whom they say was known to be an honest family member. 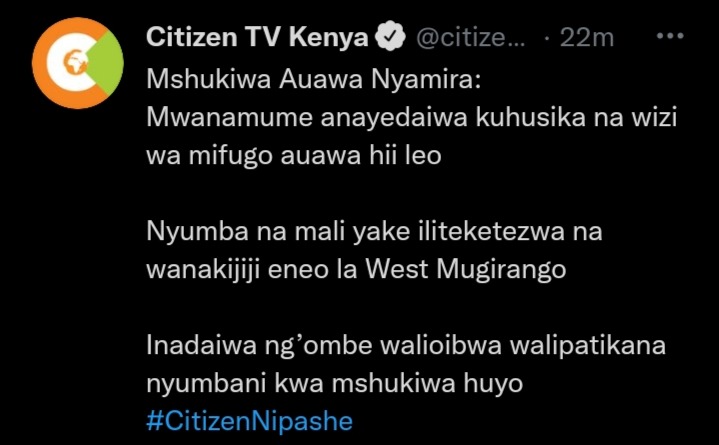