Rip, Photos Of Tom Okwach Whose Body Was Retrieved After Being Trapped in a Mine For 7 Months

A family from Siaya is currently mourning the untimely death of a family member who was allegedly found dead 7 months after being trapped in a Mine in Abimbo.

According to the reports given by a reliable source of information, it has been revealed that the deceased who has been identified as Tom Okwach was allegedly buried alive after a Mine caved in on him along with other miners who were Rescued.

In the latest news on the incident, it has been revealed that the body of the deceased which had been stuck in the mine has been found as his family plans for his Burial.

While reacting to this incident, kenyans who took to their different social media accounts to express their opinions and suggestions on the matter have called out the government for not doing anything to help the family of the deceased despite the fact that the government had the ability to help. 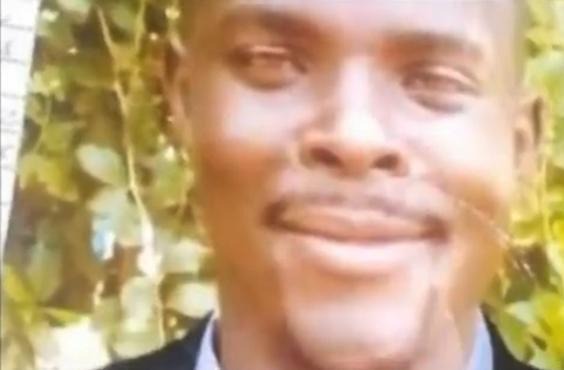 Additionally, kenyans have sent their heart felt condolences to the family and friends of the deceased urging them to be strong due to the fact that the deceased had been trapped in the mine alive. 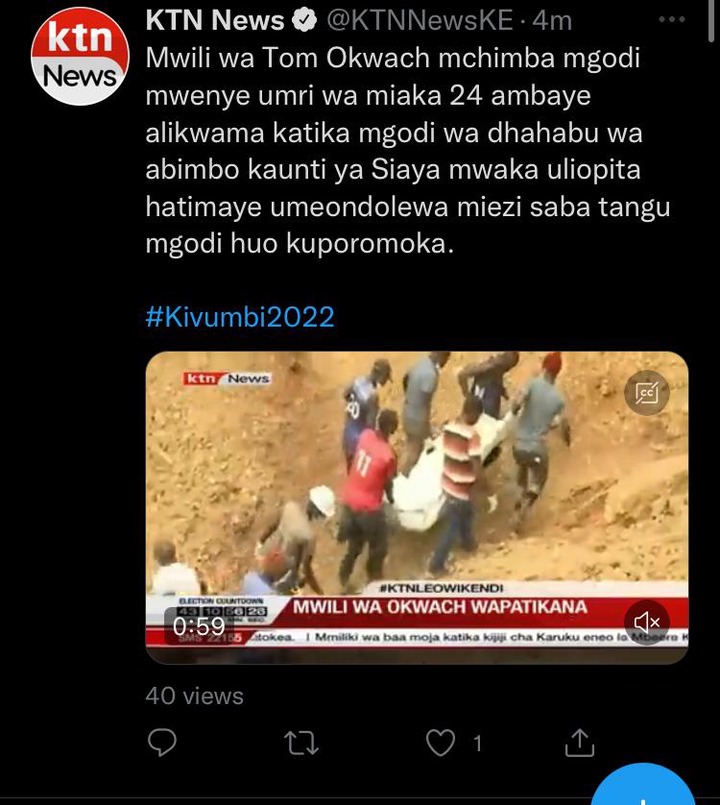