By DailyDropNews (self media writer) | 1 year ago

Kennedy Muyundo, a 58-year-old famous businessman from Kitale in Trans Nzoia County, made news a few months ago when he shot a young lady he mistook for the sought fugitive killer cop, the late Caroline Kangogo. 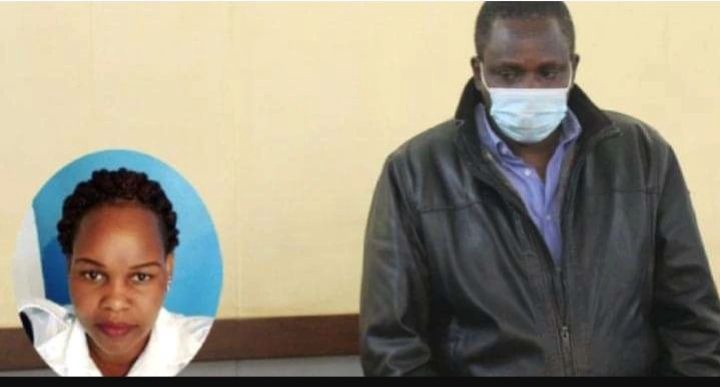 The 58-year-old man was discovered dead in his house as his workers attempted to wake him up for their daily routine tasks, according to Daily Nation news sources.

The deceased's mother confirmed the report, saying that her son suffered greatly as a result of the incident, which led to his alcoholism up until his death. 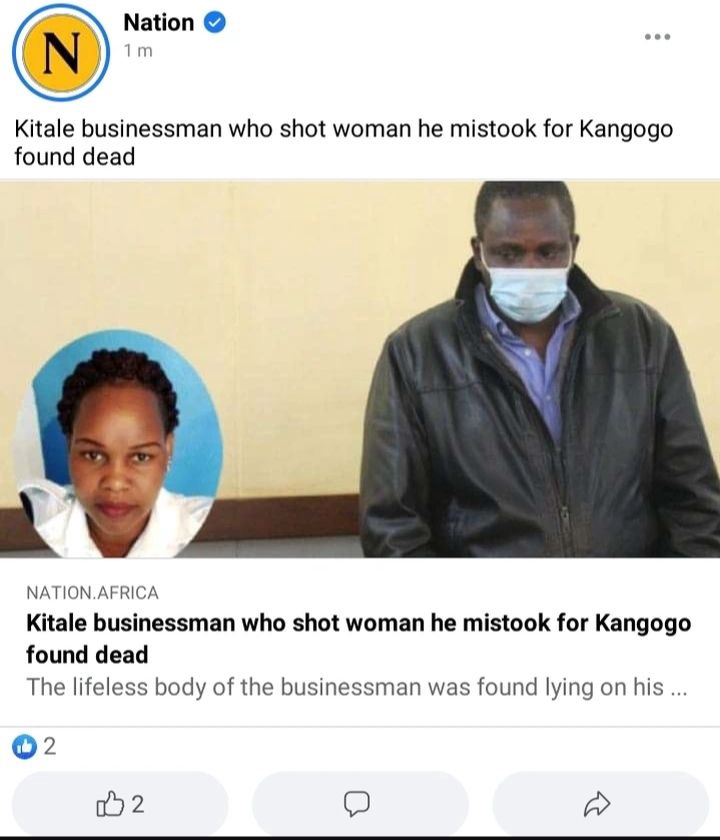 "They went to wake him up because they had an outside catering job scheduled, but the doors were locked from the inside, so they assumed he was still sleeping." Even though it was later in the day, he had not awoken.

They tried to rouse him up because they needed to go to an outside catering job, but the doors were locked from the inside, so they assumed he was still sleeping. Even though it was later in the day, I had not awoken." The elderly mother expressed her dissatisfaction. 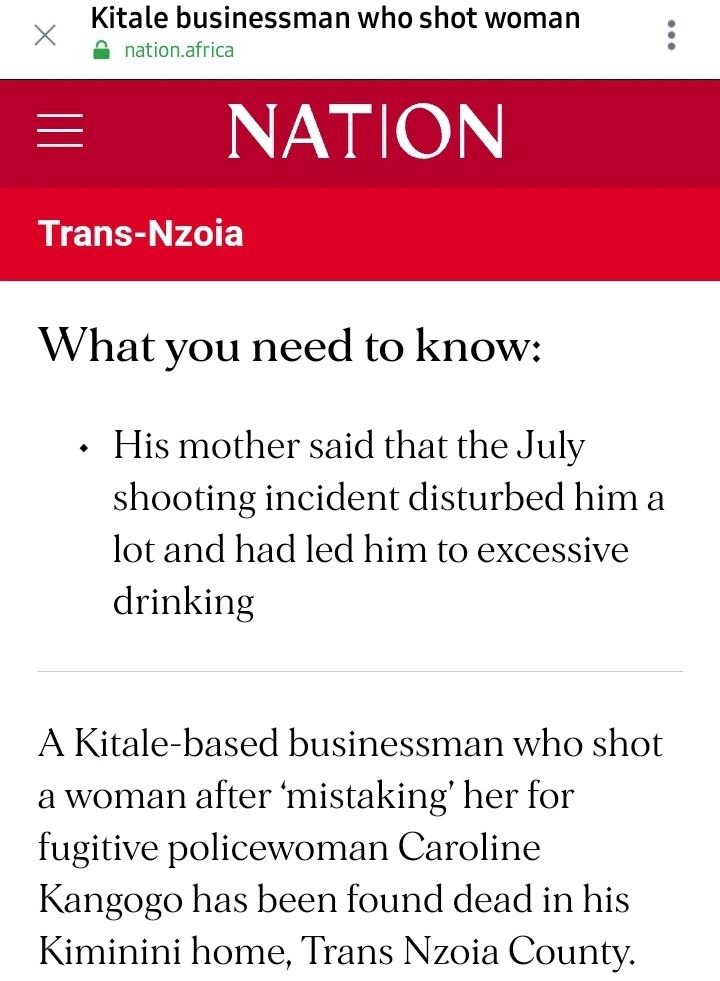 His death has yet to be determined, but an autopsy will reveal all the specifics.

Rest in peace, he was a great man.

Content created and supplied by: DailyDropNews (via Opera News )