By Kleen.Com (self media writer) | 1 year ago

A cry for justice has caught the attention of the former Gichugu Member of Parliament Hon. Martha Karua who is now demanding fir the government to hasten investigation to deliver justice for the family and to her loved ones. According to the information shared on Twitter by the deceased lover, his girlfriend had gone out with a guy called 'Murimi customer' who ended up being her alleged persecutor. 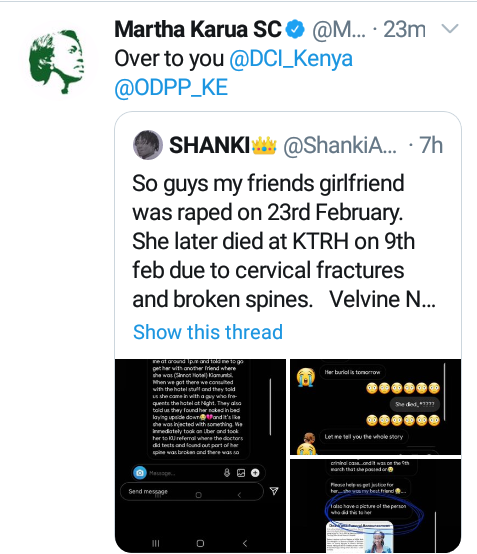 However, her boyfriend reveals that the deceased had asked him to Join them but he was unable to do so because it was late. But something unusual happened even before she hanged her phone, she ended with the statement, "if you don't find me call this number more than 150 times" being her Last words.

However, she never went home that day and the following morning she called her boyfriend and told him to go and get he at Sinnot Hotel in Kahawa West. He went with another friend. What greeted them was not they were expecting because according to the information provided, it's like she had been abused several, and was later injected with something. They rushed her to hospital where it was discovered she had a broken spine. 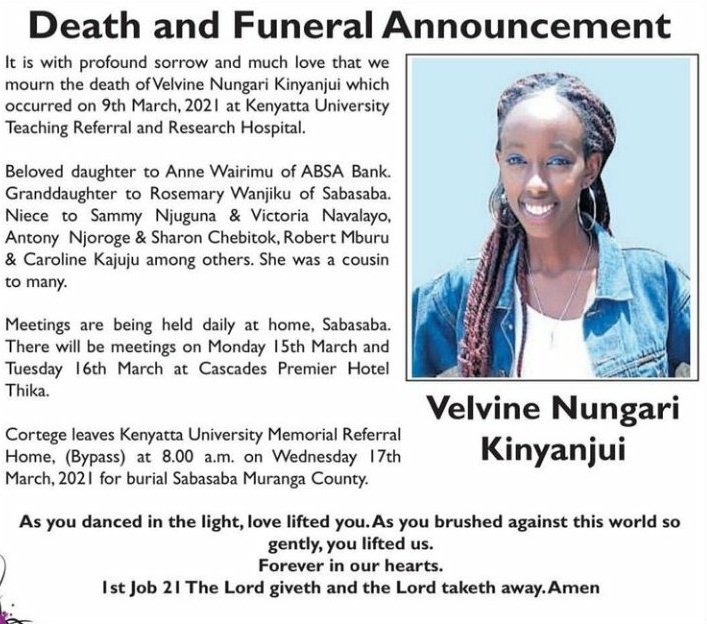 According to her boyfriend, she had a lot of of damages on her Private part and the doctors revealed she had severe cervical fractures. The saddest part of this horrible story is that his girlfriend died on 9th March. However, the most heartbreaking things is that the person who did this is out there and walking free.