By sitatinewske (self media writer) | 1 month ago

Police have arrested a teenager in Brooklyn Park, Minnesota for fatally shooting a 5-year-old child while making a video for social media.

According to reports, the 13-year-old who is currently being held in custody at the Hennepin County Juvenile Detention Center allegedly fired a gun striking the 5-year-old at a home on Florida Avenue at around 10:20 p.m on Thursday.

Police say the deceased was in a group of several other kids who were attempting to make a social media video.

However, it remains unclear exactly what circumstances led up to the shooting, but at some point the teen is said to have accidentally shot the gun killing the 5-year-old.

Police officers who responded to the incident say their attempt to trender first aid to the child rane futile as the child died at the scene. 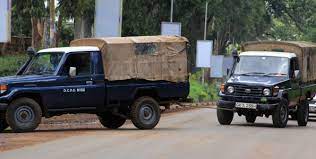