By Solita (self meida writer) | 7 days

Police in Homa Bay are detaining one man said to have attacked a butcher in his shop before killing him in cold blood. The two are reported to have had an altercation minutes before the suspect grabbing a knife and stabbing him to death. The police rescued the suspect from irate residents who wanted to lynch him before he was taken to Homa Bay Police Station.

The actual motive of the attack was not immediately determined but investigations are on to identify the cause of the deadly fight between them. The slain man who was identified as Martin Owiti was taken to the County Hospital Morgue.

Police say they are waiting for the mental assessment of the suspect and an autopsy report of the deceased before proceeding with accusing the suspect. The Homa Bay Senior Principal Resident Magistrate granted the police's request of seven days to complete the investigations.

Cases of murder have significantly increased in the recent past. It should be noted that most of those cases are as a result minor conflicts between involved parties. It is always in order for the individuals to seek amicable ways of solving their squabbles to avoid such incidences. 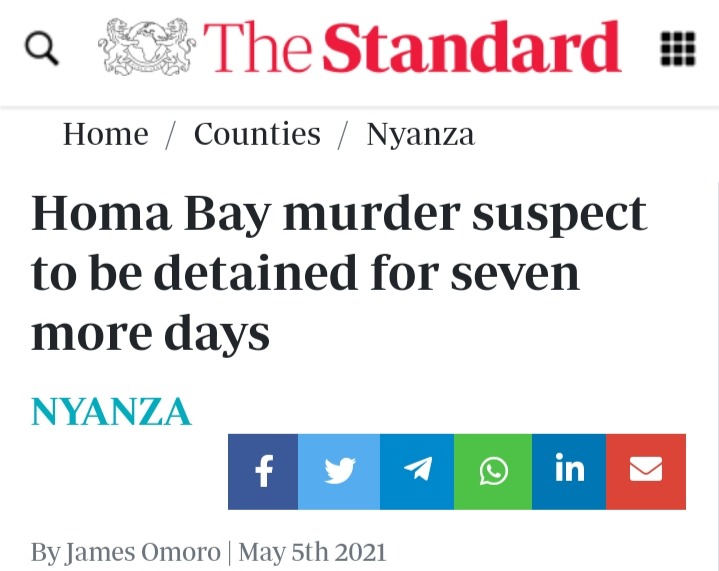 What Does the Bible Say About Homosexuality?

What Rice Water Does To Your Face.

Breaking: Yoweri Kaguta Museveni Sworn In as The New President Of Uganda For The Sixth Term