A 70-year-elderly man lives in a cave after his family was forcefully evicted from their Kaboywo farm in Saboti, where they had been living.

Kasireen Tumwa and his family were evicted from their farm and the land gazetted as a forest by the government. 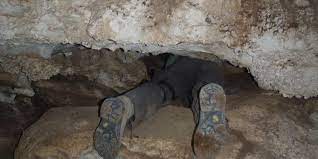 His family moved to Roromwet in Mt Elgon however after a short stay, they were further evicted alongside 18 different families in 1987 by the state.

Tumwa had married and was just beginning a family when the evictions occurred. His wife left him and the challenge of being kicked off from the land weighed on him.

He went ahead and discovered a cave in Mt Elgon where he built a home for himself, isolated from the rest of the world and his family.

As indicated by his family, they looked for him yet to no avail. Years elapsed and individuals who lived close to the cave spotted a man who would leave and return consistently.

The residents say the man would on occasion beg them for food. The word spread quick and wide, reaching his family. 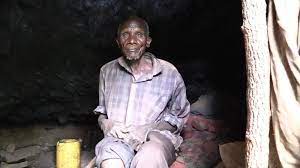 The family's first efforts to connect with Tumwa were futile as he was hostile. Nonetheless, their persistence paid off however the ageing man would not return home.

"We just found he was alive six years after the incident. We got the information from individuals who lived close to the cave. From the beginning, it didn't sound real, however we had to pursue this," his cousin, Francis Sakong, expressed.

His family members say that he blows up and would not talk if they moved toward him with the subject of returning home.

As per his cousin, the government later gave seven acres of land to every one of the evicted families at the Reina Settlement Scheme however Tumwa missed out since he was living in the cave. 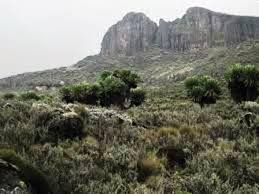 Tumwa would not return home and informed his family that they ought to bury him close to the cave when he passes on.

Latest Warnings Issued By The Government On Media Houses