Police officers from Embu are currently investigating an incident that happened in one of the villages after three siblings were allegedly burnt to death under unclear circumstances. 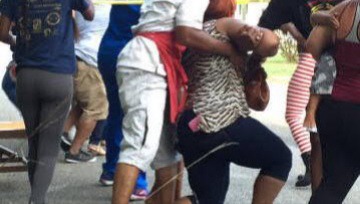 According to the reports given by K24, it has been revealed that the deceased were allegedly sleeping before a fire broke out burning them along with everything that was in the house.

Neighbors who reacted to the incident have revealed that they were forced to try and put out the fire after seeing huge dark clouds coming from the woman's house in attempts that didn't succeed due to the fact that there was a strong wind.

For most neighbors, they blamed the lack of enough water and lighting in the region stating that their rescue mission would have been successful if they had enough source water along with light to enable them see what they were dealing with.

"We tried to put out the fire but the wind was too strong for us. We would have succeeded if it was not for lack of water and light. We honestly tried our best but U. unluckily they all died", a resident said.

Confirming this incident, Embu police boss claimed that the mother of the deceased had allegedly told them to go home and wait for her to close up due to the fact that she was one of the traders in one of the local markets.

Further Reports have revealed that the children lit a candle that they claimed might have caused the fire after which they went to sleep never to wake up again. 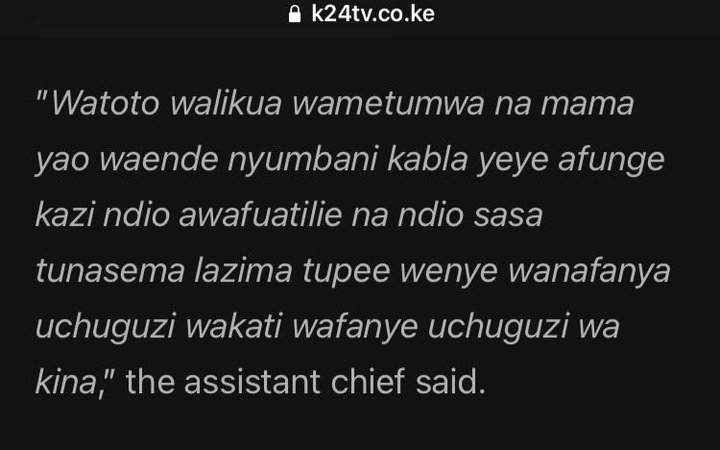 While reacting to this incident, kenyans have Called upon the government urging them to improve the poor infrastructure in the village in order to help in this kind of situations. According to the reports given by most Kenyans they claimed that this would help reduce incidents of fire and deaths. 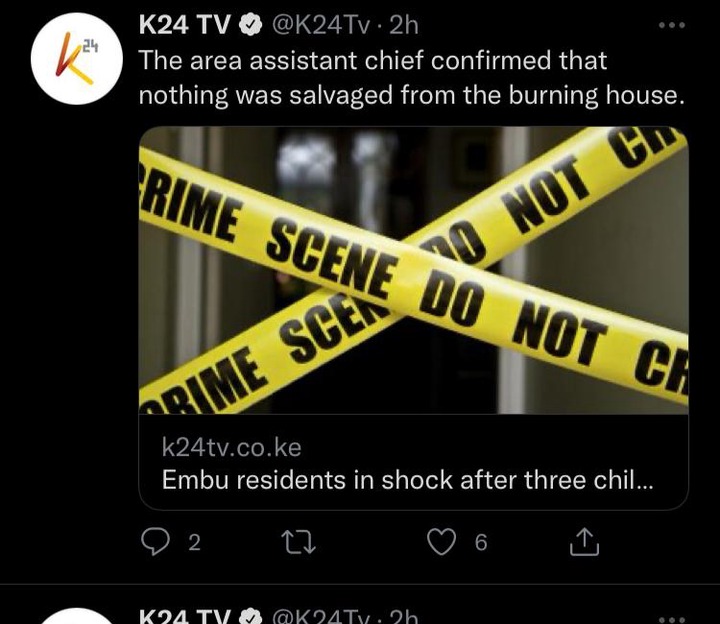