JUST IN: Guardian Bus Full of Passengers Onboard Burst Into Flames Along Ahero-Kisumu Highway

A passenger bus belonging to Guardian Angel bus company has reportedly bursted into flames at Buoye area along the Ahero-Kisumu highway. More than 40 occupants of the bus are said to have escaped from the scene unhurt. 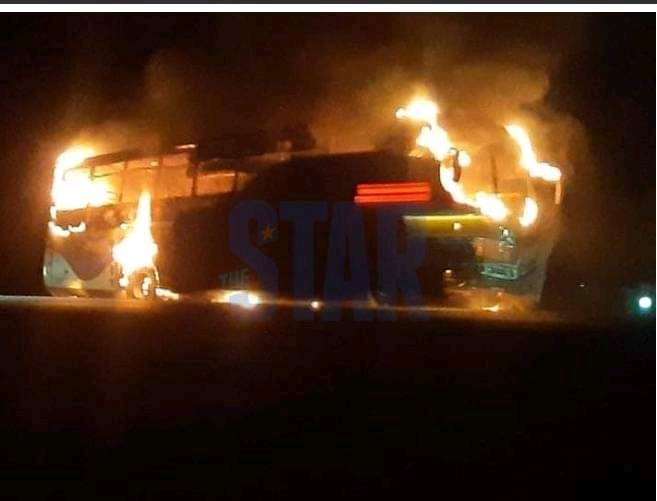 Reports indicates that the bus was heading out Busia from Nairobi when the accident happened at around 5:45am on Monday. The main cause of the fire incident has not been revealed but investigations are currently underway to establish the cause of the unfortunate incident.

According to Alphonse Kimathi, the Kisumu County police commander, he says that the bus was carrying about 45 passenger and no casualties were reported. The occupants were alerted by the increased temperatures due to the fire hence fleeing from the scene. 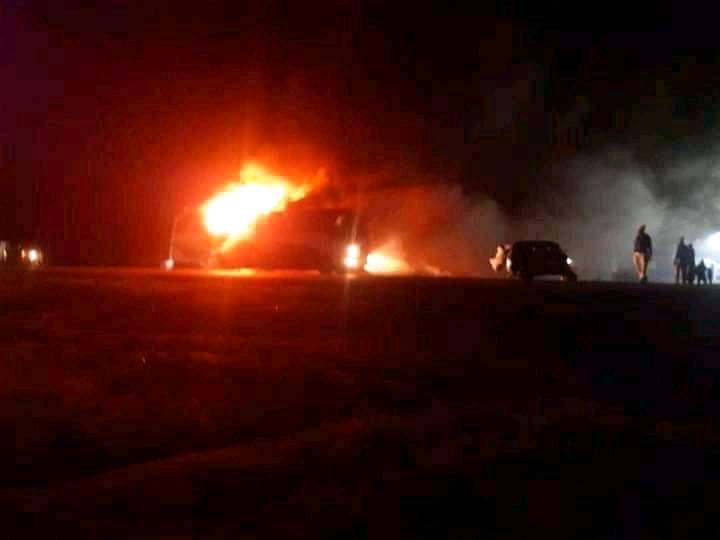 Police officers alongside firefighters were deployed to control the situation. At the time of reporting, Mr Kimathi told the press that the firefighters were still on the ground controlling the fire. Passengers who had escaped from the scene watched the bus being consumed with flames as firefighters try to put off the fire. 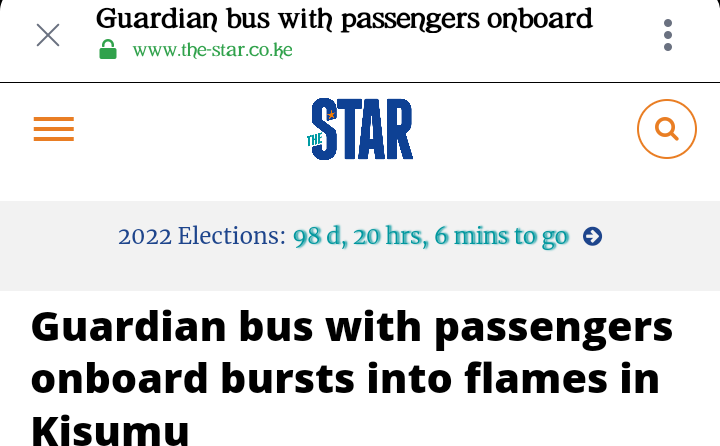 Residents around Buoye area who were commuting to their works watched at a distance as police kept them away from the scene. Investigations into the mysterious fire has already started.

PROFITABLE businesses that will earn you over 10,000 Kes per day.