By I.Nwriter (self meida writer) | 9 days 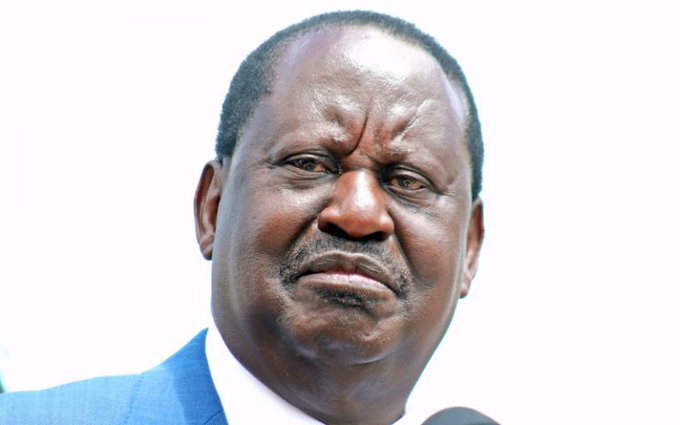 The publication has informed that some of the ODM Party Members have openly been showing their dissatisfaction in supporting the Uhuru-Raila's BBI initiative creating a notable indifferences as far as the BBI is concerned. 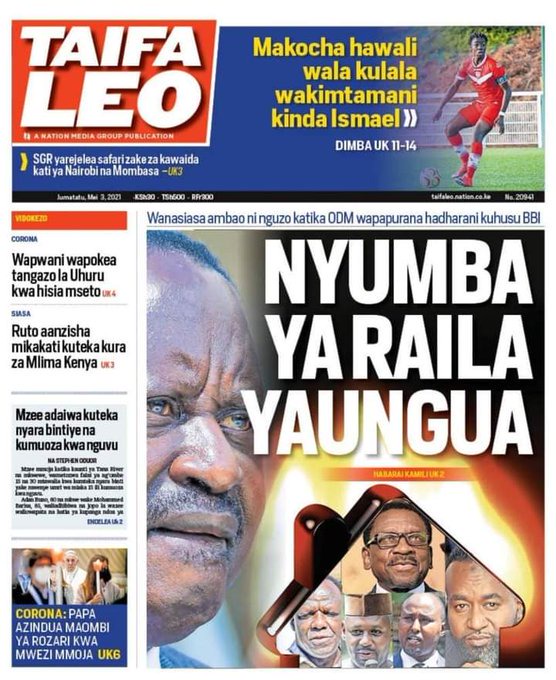 Vocal Lawyer from the Uhuru Kenyatta led Mount Kenya region has named the Head of State as the main cause of the above mentioned fire in Raila Odinga's house.

According to the lawyer, Uhuru Kenyatta is responsible for the ups and downs being experienced in the country's second largest political party.

''The consequences of political indifference and self interest. @TheODMparty capsized and drowned in Uhuru Kenyatta's capture and cannibalization,'' Lawyer Ndung'u Wainaina reported on his twitter page. 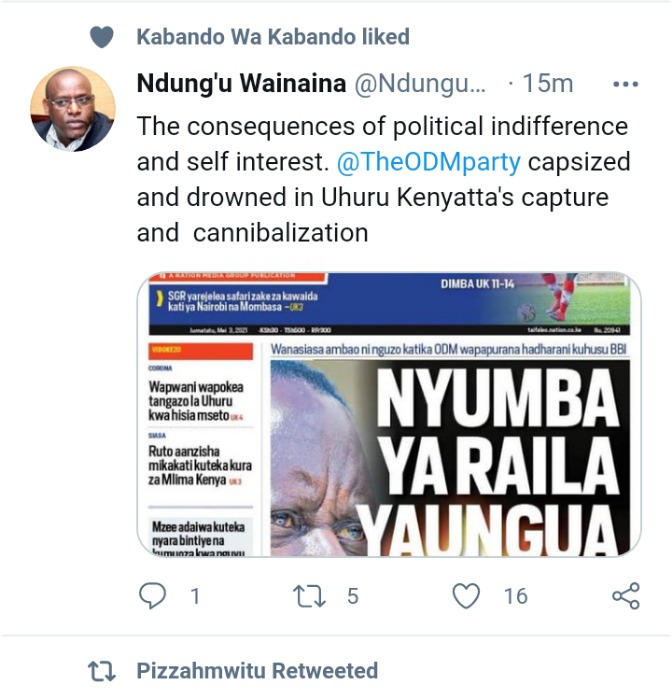 How DP Ruto's Allies Abandoned him During the Senate BBI Voting

Preaching Water, Drinking Wine? List of NASA Senators Who Were Against The BBI Bill But Voted ‘Yes’

Oscar Sudi Attacks a Newspaper For Spreading Falsehood Against Tangatanga

"We Have no Problems With BBI" Sudi Changes Tune, Respond to Reports Ruto Was Abandoned by Allies

"DP Ruto Has Never Mobilized Any Leader To Vote No," Oscar Sudi Claims