By The_Updater (self meida writer) | 23 days 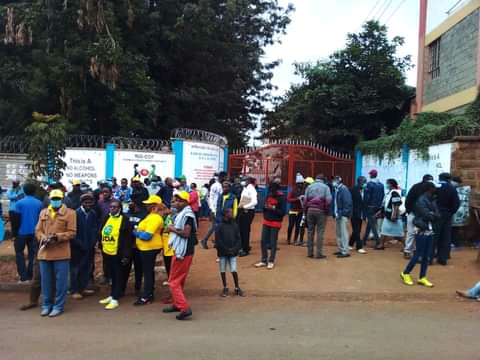 With only a few days remaining before the Kiambaa by-election is held, a dramatic scene has occurred on Sunday morning at Karuri primary school. This is after UDA supporters were stopped by police officers from accessing the playing field where a football math was supposed to take place.

According to Dennis Itumbi, it is alleged that the police are doing this to enforce an order from above. Two matches were supposed to be played on that field today, one being a final where the winner will be taking home a whopping Ksh 200,000.

A football league has been going on in the constituency for the last one month under the sponsorship of Njuguna Wanjiku. Today, Sunday 11th, was expected to be the climax day.

Drama started unfolding yesterday, Saturday 10th, during the night hours after some Jubilee officials claimed to have booked the venue for another meeting. The officials went ahead to erect tents in the field at night ignoring the intervention by UDA.

UDA claims to have booked the venue earlier and they have gone ahead to share a letter from the headmaster of the school. For sometime now, UDA has accused Jubilee party of using State officers to campaign for their candidate. 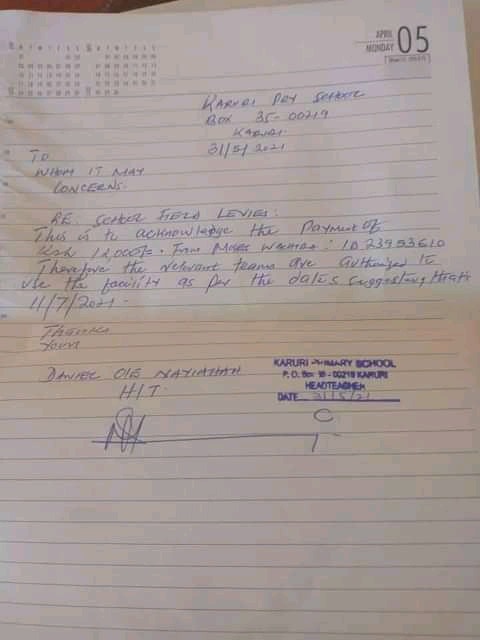 The by-election will be held on Thursday, 15th July, where a major contest is expected between Kariri Njama of Jubilee party and Njuguna Wanjiku of UDA party.

Ruto Allies, Moses Kuria And Kipchumba Murkomen 'Disagree' After They Said This

"Why Are You Hosting DP?" Angry Kenyan Questions Museveni On Twitter As Uganda Trends (Pictures)