Inooro Tv investigative journalist Simon Kibe have covered yet another touching story of a female inmate who narrated how she escaped death severally untill she was finally arrested and found guilty of robbery with violence on different occasions. 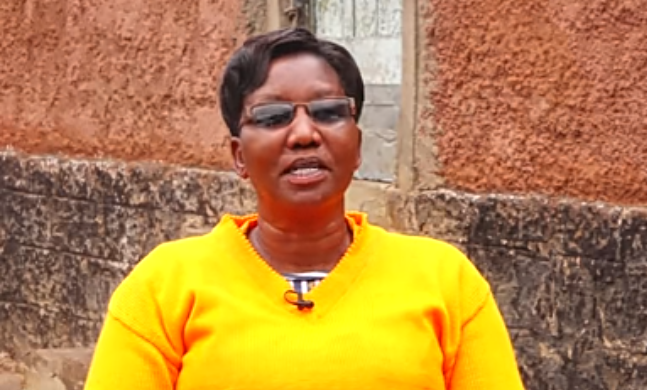 Mary Wanjira, who hails from Dandora in Nairobi County revealed that she joined a robbery gang after finishing her tertiary education since it proved to be fast paying and profitable to her as compared to her profession.

The first payout from her newly found hustle paid her a quick Kshs.50,000 since her task was to hire a car and then deliver it to her cohorts who were waiting at a nearby and strategic point. The plan was neatly executed in minutes leaving no traces.

Mary confessed that together with her gang, they executed many robbery plans some of which turned deadly to them. In several occasions, she escaped death by a whisker since the police saved her from an angry mob.

On the day she was arrested, Mary and her gang car jacked a taxi motorist in Nairobi City. After getting away with the car, they handed it over to another team that was supposed to deliver it to their customers. Unfortunately, the car had a car track and was therefore tracked to Mtwapa in the Coast region. Those who were driving it were arrested and led the police into advanced investigations that saw Mary and her gang being arrested in connection with the robbery.

Alongside others, she was arraigned and found guilty of robbery with violence accounts that saw the judge slap her with a death sentence which changed into life sentence which she is serving to-date. While in prison, Mary became a born again christian and is in the process of appealing against the life sentence.