Ex Safaricom Employee Lives in Streets With Son Reveals Cause of Her Problem, While Asking For Help

By AyodiK (self media writer) | 1 year ago 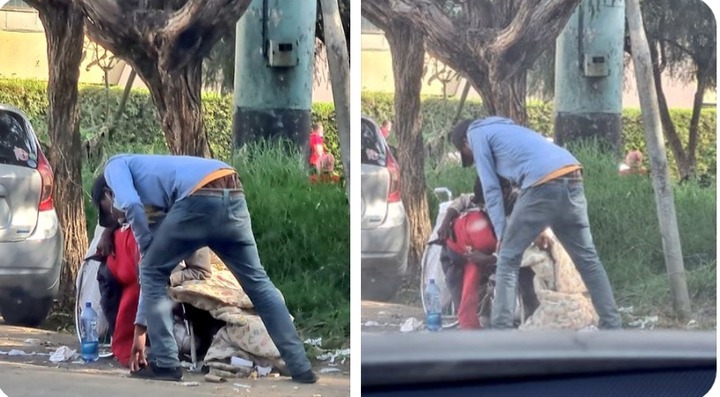 Former Citizen Tv Anchor Terry Anne Chebet has shown Her Concern and Sympathy after She shared pictures and begged High profile individuals in the Country to help a Woman and Her Child seen suffering in the streets of Nairobi without anywhere to lay their head or have meals.

Speaking Through a thread of tweets, the Media Personality says that a Young Man who goes by the name Dante approached Her in Hurlingham in Nairobi, to beg for assistance because He is taking care of His sick mother after they were thrown out of their Home. The young man schools at Kisii High school but was also chased away from school due to huge fee arrears that they didn't complete. 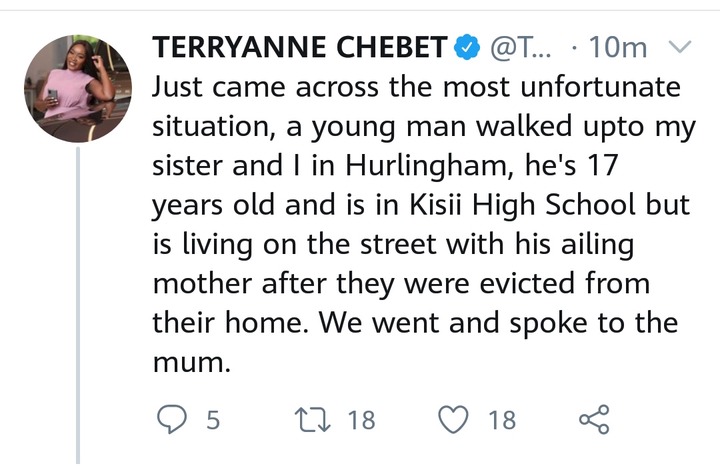 Upon more conversations between Terry Anne and the Woman, She further revealed that She was an employee at Safaricom Company, but now She has suffered due to lack of funds. She suffers from a spine injury and has swellings in Her body. Efforts to get medication and further treatment at Kenyatta National Hospital did not bare fruits in the past as they were also kicked out of the Hospital due to their inability to settle their Huge bills. 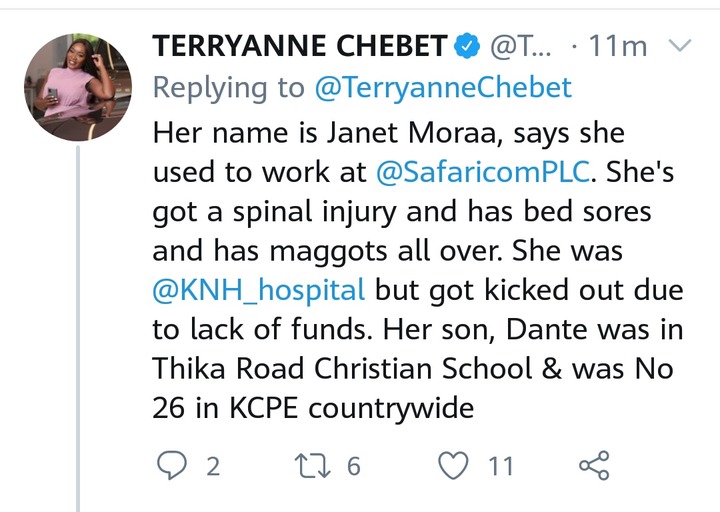 The Woman now needs medical Help, including getting a good Hospital for treatment and Her Son to resume education. Chebet revealed that Dante was in Thika road School was managed to be number 26 Nationally in His KCPE examinations. 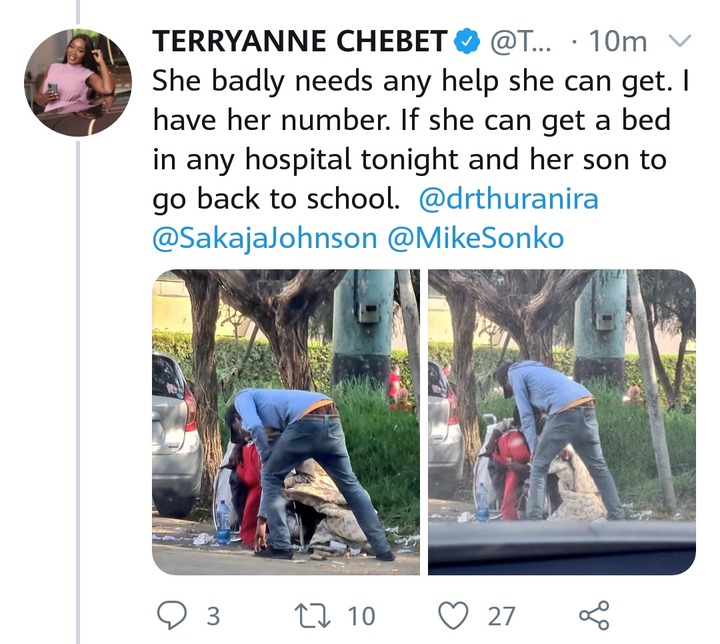 Dante also shared a photo where He was in a very pracious moment greeting Ex Nairobi Governor Evans Kidero when He visited their school in Thika road. Terry Anne a so tagged Mike Sonko and Nairobi Senator Johnson Sakaja while trying to seek help. 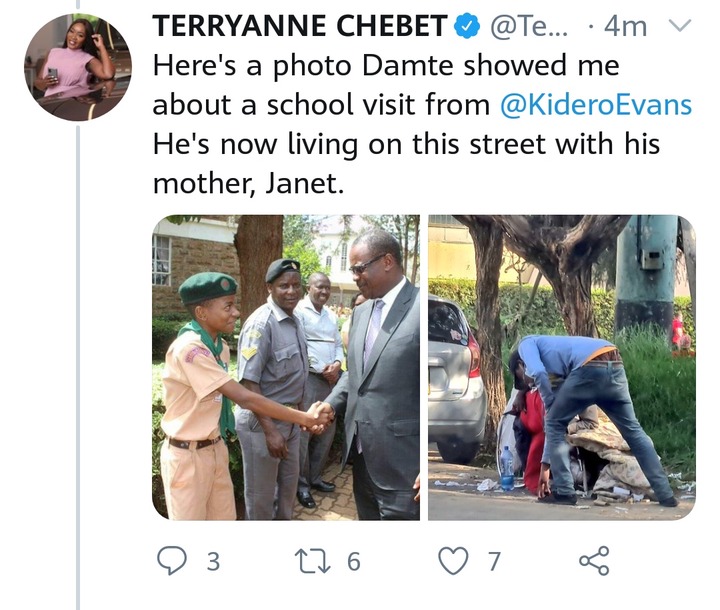 Although nothing has been announced yet, Kenyans who have always had sympathy gave their messages of Hope, while others calling for top leaders to chip in and help the two who are wallowing in Poverty without something tangible to rely on.

Chebet has been engaging in such activities in the past, while Joining other Public Figures to ensure that there is Humanity in the Country. Other leaders like Mike Sonko have also been doing rounds within Nairobi County to ensure that Nairobians who live in those suburbs and more poverty stricken areas get some essentials and basic needs.

Here are few comments from Kenyans : 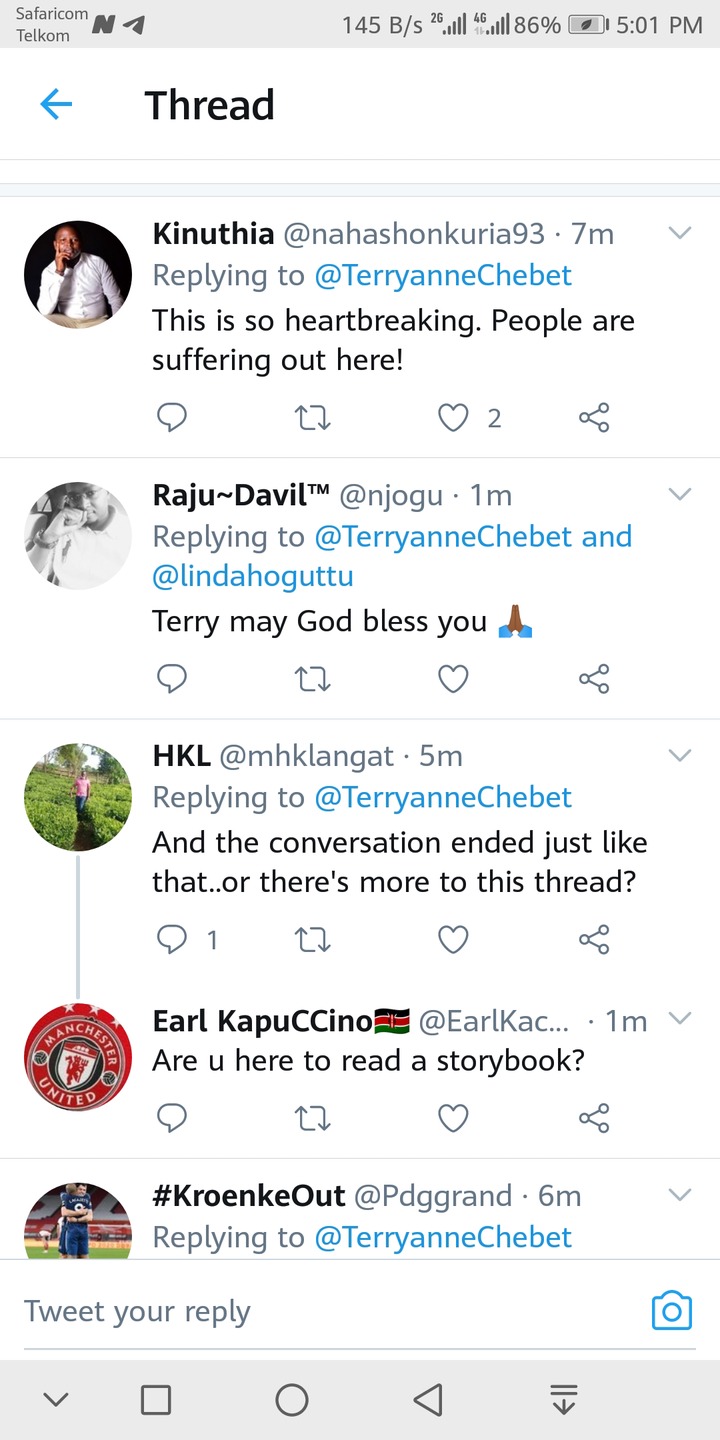 BREAKING: The First Batch of The Ballot Papers to Arrive in Kenya Today

Just in:Wafula Chebukati responds to the allegations made by Azimio La Umoja allies