By InnohJohn's (self media writer) | 1 month ago 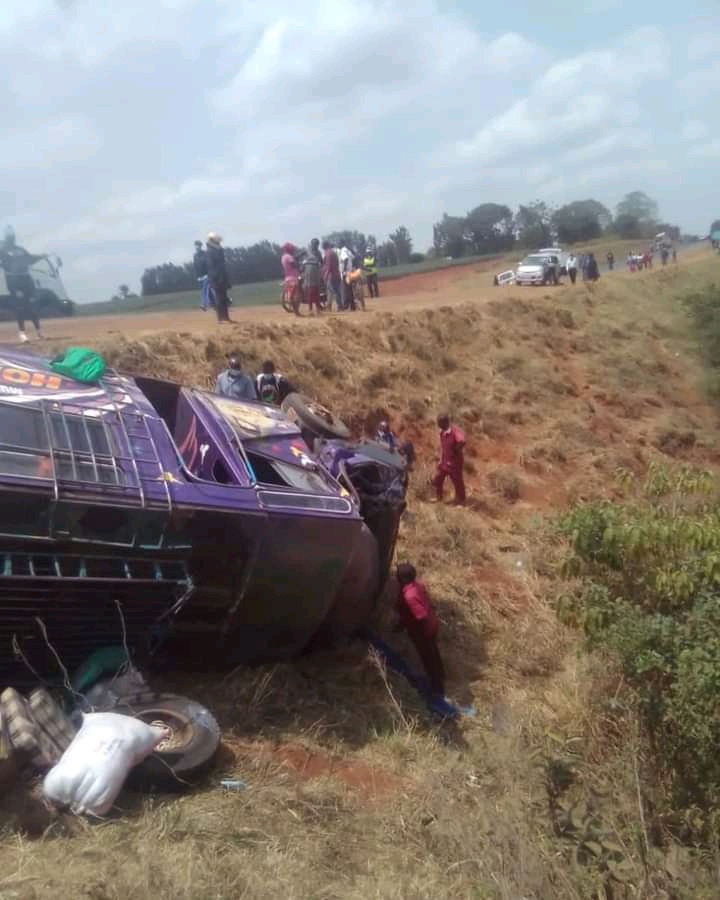 As more details emerge concerning the accident that has occurred along Thika Garrisa highway, several students and other passengers were left nursing injuries after a bus hit a lorry from behind.The students were going back to the school from a shot midterm break when this happened to them.

According to the credible source,a bus that was ending to Mwingi town along Thika Garrisa highway has left several passengers nursing injuries in hospital. where some were rushed to Thika nursing home, Golimba and Donyosabuk respectively.

The said matatu overturned and rolled several times before settling,after hitting a lorry from behind where it lost control dashing to a sloppy ground rolling several times,where it left several passengers injured.Following the reports,no one has been reported to have died on the same incident despite the casualties. 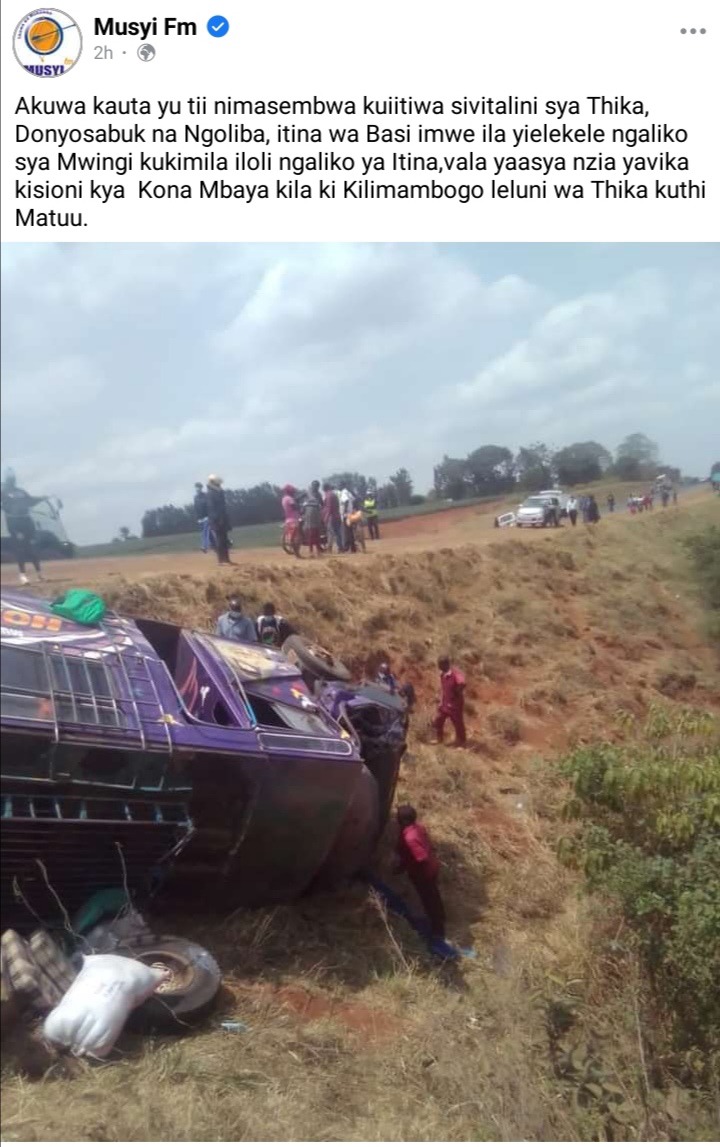 The victims who were involved in that incident, were rescued by the road users and the residents of kilimambogo around corner Mbaya as it was termed.The said passengers were both men and women who were on their way to Mwingi town, kitui county.

The driver along Thika Garrisa highway have been advised to be keen and also avoid overspeed since the road is always busy,in order to avoid death of innocent one and damaging of property.