By Allantoize (self meida writer) | 1 months 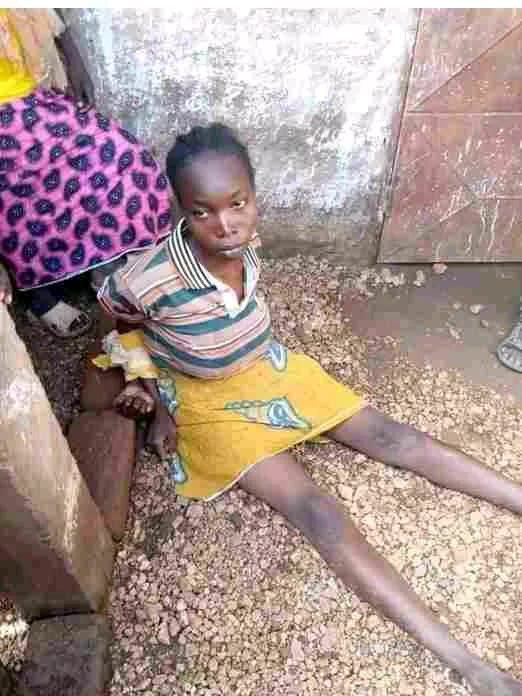 A 24-year-old woman from Badjingo village in Cameroon is in police custody for killing her 2 year-old and 6-month-old daughters, dismembered their bodies and having them cooked up for dinner.

Four graphic pictures went viral on social media where the woman identified as Salamatou Amadou seated on the ground, with both her hands tied behind. Beside her are what appeared to be the feet of a child, believed to be those of her two-year-old daughter, partly submerged in a pot.

A stump of one of the bodies was contained in a blue dish. It was smaller and could be that of the 6-month-old baby.

When interrogated by security officers on her heinous deeds, as per the source, the woman said that she had slaughtered her daughters to have a meal out of them. She went ahead to add that she had already consumed their liver, heart, and intestines.

Since the news broke, many gripped by shock, have questioned why a mum would commit such a heartless, inhumane, and despicable act.

However, some netizens believe she might have lost her senses at the time of the act. Others feel she may be involved in some sect. But a vast majority of the public is still at a loss.

In other similar news the internet is still crippled with the horrifying images of an Indian man identified as Sarvesh Kumar, who was arrested by police in northern Uttar Pradesh state after he confessed to beheading his teenage daughter.

Sarvesh was arrested as he was walking toward a police station in Hardoi district on Wednesday night, carrying the severed head of his 17-year-old daughter. 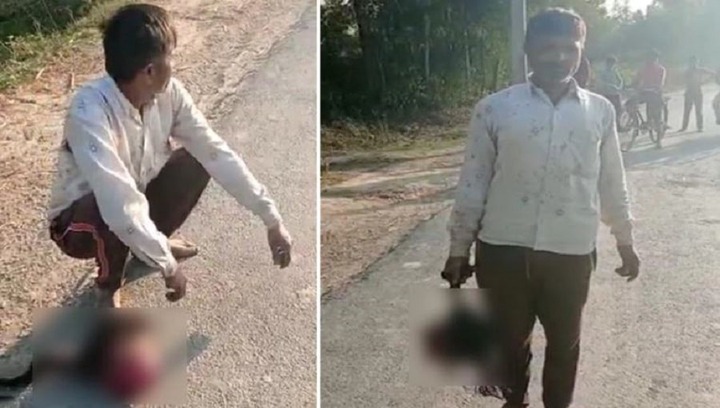 A spokesperson for Hardoi Police told CNN on Friday that the man was making his way on foot to the police station to confess what he had done.

“He told police he had seen his daughter with a young man that he believes she was seeing, which made him angry as he was against it," said the spokesperson.

Kumar, a vegetable seller from Pandetara village, reportedly made the one-mile walk from his home to the police station.

“Local passersby alerted the police, who stopped him and began to film him,” he said.

Kumar told authorities that he had found her alone at home, locked her in a room and severed her head using a knife.