By TheReporterr (self media writer) | 17 days ago

Police officers from Njiru are currently searching for a man who is reported to have stoned another man to death after allegedly finding him with his girlfriend.

In a news report that has been shared by a reliable source of information, it has been revealed that Jane not her real name had gone to the club with Mike, also not his real name. They enjoyed themselves after which they decided to go back home and maybe rest after the tiring evening.

However, Jane would meet her Tony who is also said to have been her other boyfriend waiting for her inside her house with reports claiming that Tony had been the one who was paying for the woman's house and for this reason, had access to it.

After seeing Mike, Tony immediately Confronted the woman wanting to know what was going on and it's after he realized that the two had come from a club that he started calling out the woman accusing her of cheating on him despite the fact that he does everything for her.

In a move to defend his girlfriend, Mike got in the middle of the argument and it was after he allegedly started insulting the already angry man that a fight ensued between the two. Unluckily for him, Tony was allegedly murdered by the already drunk Mike who struck him with a stone killing him on the spot. 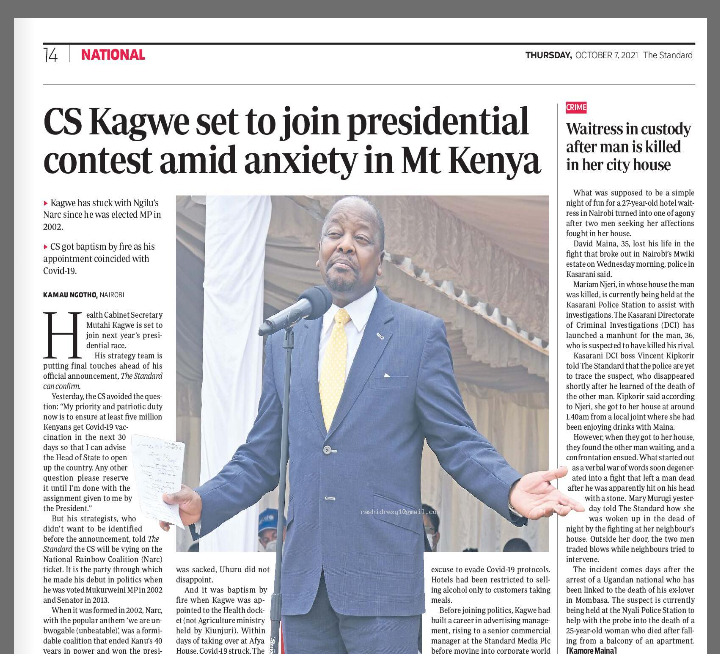 The suspect is reported to have fled from the crime scene after learning about the death of the man he had killed and for this reason, police officers have revealed that they are currently searching for him.

While reacting to this incident, the woman's neighbors have revealed that this is not the first time this was happening adding that Jane had often had a misunderstanding with Tony for bringing men in her house.

Safaricom Marks Their Birthday With Amazing Data Bundle Offers. Here is How to Plan For Them

"My Baby, My Pain" Mother Shares Her Misery Immediately After Giving Birth To Her Daughter