By PetroAnchor (self media writer) | 4 months ago

Homicide incidents have been on the rise in a shocking trend in the country.

For close to two decades, Lydia Nyaguthii, a nurse at Tumutumu PCEA Hospital in Nyeri County cared for a male patient who was a victim of domestic violence.

Stephen Muriithi had been rushed into the facility after he was assaulted by his ex-wife.

Muriithi and Nyaguthii married soon after he was discharged from hospital, but their love seems to have gone after Muriithi turned against her.

The suspect reportedly stabbed her several times with a knife at their home, killing her on the spot.

The cruel man has been on the run after he committed the gruesome murder.

However, detectives who are investigating the incident have revealed that they are “doubtful” that Muriithi is still alive after his phone went mute. 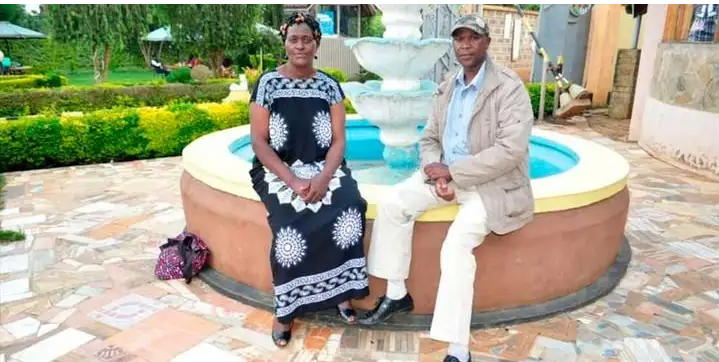 The sleuths said that the his phone's signal traced to Kagumo, Kirinyaga County, on Monday evening. Since then, they have failed to trace his phone signal.

Detectives said that they doubt whether he can commit such a crime and still be found alive.

The evil that has been lurking in the Kenyan society now and again sending women to an early grave could be creeping back in the country.