Death Reported After Accident Involving a Psv Along Mwea-Embu Highway

A deadly accident has allegedly left one passenger dead after a public service vehicle allegedly rammed on another along the Mwea-Embu Highway in Kirinyaga County.

Taking to their Twitter account to confirm the incident, Radio Citizen has revealed that they one of the passengers succumbed to his injuries after the accident that has left an unknown number of other passengers nursing different degrees of injuries.

This is happening at the same time when the National Transport and Safety Authority has called upon kenyans wanting them to follow all the traffic rules and regulations in order to reduce these accidents.

According to the reports given by the Ntsa, it has been revealed that the level of accidents in this year has already surpassed accidents that occurred in the last two years and for this reason, kenyans have been urged to be vigilant.

The increasing number of accidents in the country has sparked Alot of mixed reactions from a number of kenyans who took to their different social media accounts to express their fear and concerns especially after the Cabinet secretary of Transport revealed that all kenyans were now allowed to travel at night.

According to the reports given by several kenyans, they claimed that this was a wrong decision adding that the government should have found a solution to the problem before allowing vehicles to get back on the road. However, most Kenyans who congratulated the government have called upon the government to find alternative ways in order to reduce the increasing rate of accidents in the country.

For most Kenyans, they claimed that the increasing reports of corrupt traffic police officers was one of the reasons why Alot of kenyans were continously dying in accident related deaths. At the same time, they called upon the government urging them to repair worn out roads and improve infrastructure in different parts of Kenya. 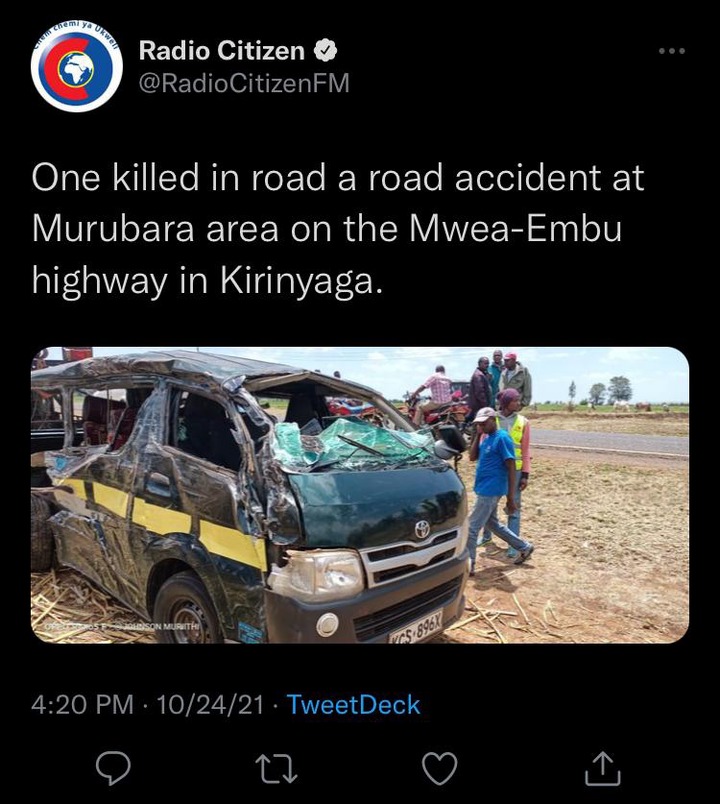